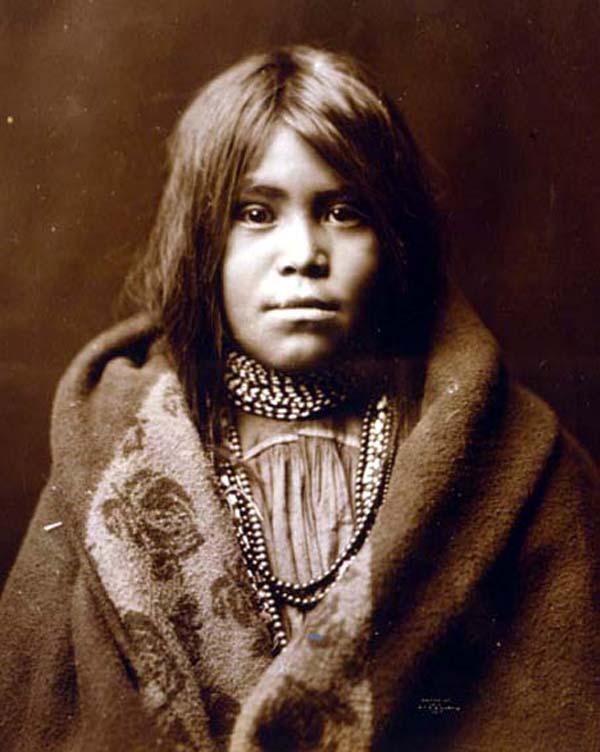 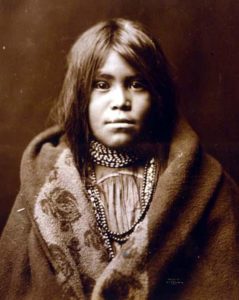 An Apache Indian girl. It was taken in 1903 by Edward S. Curtis.

On November 13, 2013 Senator Patrick Leahy of Vermont asked for and was granted permission to address the Senate of the United States regarding the plight of Native Americans today.

“Throughout the military history of the United States, Native Americans have served bravely and honorably. We are grateful to these soldiers, sailors, marines, and airmen for their tradition of unwavering patriotism.”

“As we celebrate Native American contributions to our country, we must also examine the unique struggles faced by these communities and work together to find solutions. I am proud of the significant steps we took earlier this year to confront the long-ignored epidemic of violence against Native women through reauthorization of the Violence Against Women Act, a bill I authored with Senator Crapo. Nearly three out of five Indian women have been assaulted by their spouses or intimate partners. On some reservations, Native American women are murdered at a rate more than twice times the national average. Those statistics are chilling. Native women are being brutalized and killed at rates that simply shock the conscience”, said Senator Patrick Leahy (source: Congressional Record http://thomas.loc.gov).