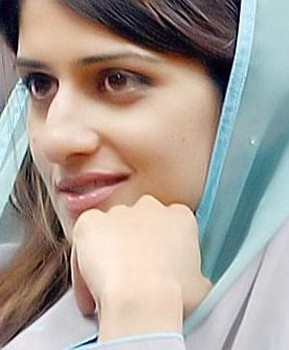 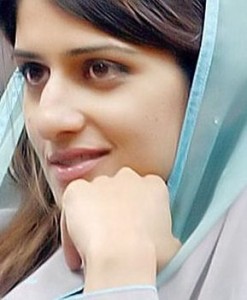 Hina Rabbani Khar is the hauntingly beautiful Pakistani stateswoman and economist who is the current and 26th Foreign Minister of Pakistan who NATO officials fawned over in 2012.

A wide eyed NATO Secretary General Anders Fogh Rasmussen  met Pakistan’s Foreign Minister Hina Rabbani Khar at NATO headquarters on December 3, 2012 for a discussion on “issues of common interest, including stability in Afghanistan”, according to a press release issued only a few hours ago.

Hina Rabbani Khar is the hauntingly beautiful Pakistani stateswoman and economist who is the current and 26th Foreign Minister of Pakistan – who noticeably has an almost magical effect on men in various countries.

“Most urgently, we need to remain united to defeat terrorism,” Mr Fogh Rasmussen said. “At NATO we understand well that Pakistan has paid a high price in these efforts. The Alliance stands together with you to combat this scourge.”

The Pakistani Foreign Minister also met with members of the North Atlantic Council. Allied nations of the NATO military alliance made clear that they “stand ready to develop political dialogue and cooperation with Pakistan, and emphasized that Pakistan’s positive engagement was needed to ensure long-term peace and stability in Afghanistan and the region.”

No mention was made on important issues like the fact that Pakistan is continuing to provide safe havens inside their country for terrorists organizations includingal-Qaeda, the Taliban and the Haqqani network.

A situation that has frustrated U.S. military commanders and made securing the peace almost impossible in Afghanistan.

NATO allies praised Minister Rabbani Khar for the recent opening by Pakistan of the lines of communications for the ISAF mission. “It’s clear that the pursuit of peace and security in your region is in the interest of the broader international community. That includes peace in Afghanistan, where Pakistan has a particular role to play” (source: http://www.nato.int/cps/en/natolive/news_92695.htm ).

One official who declined to be named in this report said “It was actually quite comical to see how many NATO officials fawned over Hina Rabbani Khan – with some actually running into each other, carrying alcoholic drinks in their hands while busy staring at her during the meeting and afterward at the state dinner in her honor.”

Even today Hina Rabbani Khan gets a lot of attention where ever she goes. One man, I talked to recently said “there is something about that woman. She is so freaking beautiful.”

Filed under: Celebrity, Lifestyle
Share Tweet Pin G Plus Email
previous article: Washington ignored the advice and warning of Lieutenant Colonel Andrew Wood that “we should get the hell out of Libya” before September 11, 2012 attack
next article: River Diversion for protection of Booni road