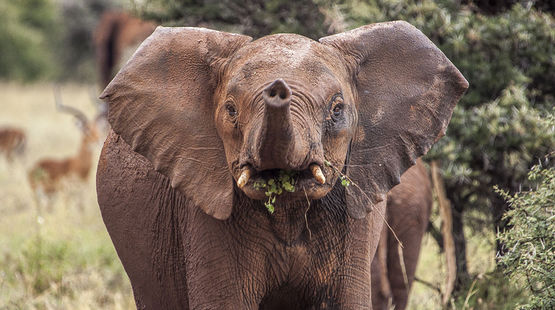 -vf- When ECOTERRA published in 2012 and 2013 that wildlife conservation groups should not fall into the trap of the warmongers and must stop to just recite stupid narratives of an alleged link between international terrorism and wildlife derivative trafficking – in order to clear the vision of activists and sponsors – we stood alone.

24 September – Associated Press – There is little evidence to suggest Al-Shabaab extremists are heavily involved in the illegal ivory trade, contrary to some widely circulated assertions that the Somalia-based group receives significant profits from elephant poaching, according to a new report. Allegations that Al-Shabaab, which is linked to al-Qa’ida, is a major player in East African ivory trafficking makes for a potent but misleading narrative that risks diverting attention from organized crime groups that direct the trade with the help of corrupt officials, said the authors of the report by the Royal United Services Institute.”It is here that our attention and scarce resources must be focused if we are to see greater success in tackling this highly damaging trade,” co-author Cathy Haenlein wrote in an email to The Associated Press on Thursday.

The report by the London-based institute, which focuses on defense and security issues, was based partly on interviews with experts on Al-Shabaab and wildlife trafficking as well as research in Nairobi and northern Kenya, near the border with Somalia.The assertion of a close link between Al-Shabaab and ivory poaching has been made by some journalists, conservation groups and government officials, including U.S. trade representatives and former President Bill Clinton. In 2014, Oscar-winning film director Kathryn Bigelow released a short animated film called “Last Days” that alleged Al-Shabaab makes $600,000 a month from ivory trafficking.

AP just fell short to mention USAmerican presidential candidate Hillary Clinton, who once believed that jumping on the ivory-crushing bandwagon would secure her funding, which also could be used for her actual agenda – until her own, White-House related ivory possessions were discovered.

What had happened earlier was simply the attempt by the large band-wagon “conservation” groups, the military and para-military circles in many states to also cash in on the USA-funded “War on Terror”  from the angle of nature and environmental protection. This was preceded by a similar attempt especially by the notoriously cash-strapped wildlife services in several, mainly African and Asian states to milk the anti-terrorism cash-cow and to upgrade their status among the other armed forces. Game Ranger training schools were transformed into anti-terrorism military training camps financed by the EU and the USA, thereby further diminishing the trust of the local people into governmental wildlife protectors. Inexperienced western ambassadors and their military trainers on Safari all loved these kind of projects. 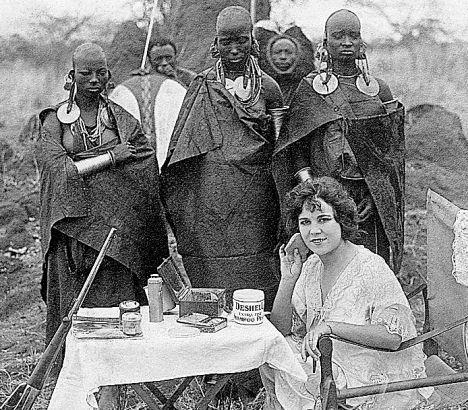 What they all didn’t and still don’t realize is the fact that local, indigenous communities have been alienated from their wildlife since the colonial days and that the colonial National Park system, whose origin was the attempt to take lands from the North-American First Nations by other means, has failed since long and will be at the core of the total collapse of nature protection, if not changed immediately.

In reality hardly any financial support has come forward for nature protection together with and by the people of the land – especially in war-torn countries like Afghanistan, Iraq, Yemen, Somalia or Libya – not to mention Syria or Jordan. In the case of Somalia it can be shown that the opposite is true: Under the noses (or even with the protection of) international “protection”-navies the tuna-poaching in Somali waters – for the pockets and tables of Europe, Japan and the USA – is at an all-time high and causes much more economic and ecological damage then the ivory poaching in neighbouring Kenya, which is always blamed on the Somali Somalis but mostly involve Kenyan ID holders and their foreign counterparts from international crime syndicates.

In many countries often the corrupt members of the governmental wildlife services are likewiese among the key-culprits, poaching and dealing in ivory or rhino horn and oppressing local people in their traditional rights, while cashing in on international “conservation” funds. Obama’s financial injection into the governmental armed forces apparatus of Tanzania to “protect wildlife” ended in a human-rights disaster, with several innocent people killed and two ministers being sacked over the mess.

But the number of sponsors, who see through all these scams and have diverted their donations from the glossy-brochure NGOs to community based initiatives in order to really help them to protect their pristine habitats and wildlife populations, is still very small and none of the western governmental donors have freed themselves from the “economic co-operation” grip of the often highly corrupt governments in their bi-lateral “aid”. No wonder that UN organizations like UNEP, who have been given the resources to lead and to do the necessary, fail again and again miserably in their mandate and remain mum in order to not disturb the interests of the major stakeholders.

Foreign machinations like the decision of CITES (endangered species trade-prohibition convention) in 2008 to let China and Japan buy 100 tons of ivory from southern African countries were a catastrophe and just incited the illegal ivory trade, which has now impacted local communities of Africans and their elephants across the continent.

When we then pointed out that also the much-narrated China-link in the ivory trade is not the main problem, but rather the clandestine ivory buying from Chinese sources and the hoarding of ivory by the Vatican as the real end-user or the ivory trading by USAmerican citizens, who also are on the forefront of trophy-killing especially of elephants, rhino and lions, people usually laugh in disbelieve – until the next US military attaché and his loot are found out or the next container of ivory to the far East is impounded.

The facilitators of this transnational, organized crime vary and operate opportunistically – like everywhere. Well, yes, if an African government is cash-strapped and has to accept a loan from China, which comes under the condition that free work-permits and visa are issued to thousands of their citizens and Chinese road construction companies flood the land with cheap labour in form of freed prisoners, there will be plenty of willing chain-links to traffic illegal ivory and other wildlife products towards the far East. Likewise, when USAmerican military and diplomat service personnel can travel and deal under granted immunity, the temptation is big, as proven cases show.

On the other hand it doesn’t make much sense to speak about nature protection in countries, which already have been bombed into oblivion like Libya, West-Papua and Iraq or especially Yemen, where the latest USAmerican sponsored Saudi-Arabian aggression has destroyed the country and its human communities into the poorest state on Earth, where now 80 percent of the population must be fed by the biggest corporate grain-trader – the so called World Food Programme, the world’s largest nutrition Mafia of the United Nations.

European taxpayers – stripped of hard-earned income by their clue-less electorate, who as only “solution” to the migrant and refugee crisis in Europe now throw billions of Euro into the pockets to these dependency creating agencies of the UN and their global overlords under a humanitarian false flag – must wake up and as the slowly awaking people of North-America (unfortunately not yet their governments) realize that neither waging war nor force-feeding people on the move from destroyed homelands will bring lasting peace and prosperity. Historical and present day injustices concerning the robbing of indigenous peoples of their lands and natural resources must finally be addressed with tangible measures in loco and not brushed under the carpet of international ignorance and business as usual.

Wild plants and animals have been the first resource of humans and they will be the last in areas where humanity has been bombed to smithereens. 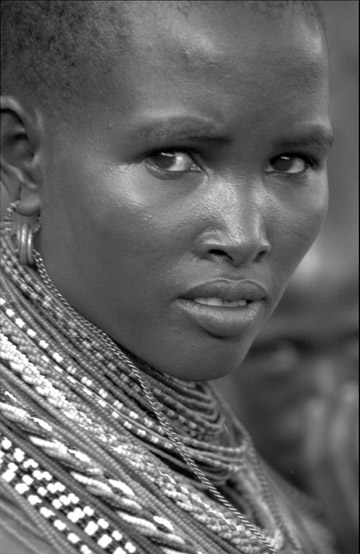 However, even there the community-based approach in nature protection works, as long as the original people are still able to live there. If they move out or are oppressed by old or new masters (like ISIS) then everything will be destroyed: People and Nature.

Pristine nature, iconic wildlife species and all natural denizens as well as peaceful human communities on their own, rightful and intact lands must have a future – since that is the true recipe for peace – and a massive paradigm shift has to take place to push the warmongers out – even if they come in green cloaks or with green-washing funds.

If you want to be part of and support ECOTERRA’s Peoples in Wildlands Programmes, please write to africanode[at]ecoterra.net

PLEASE consider to contribute to ECOTERRA’s work and trust fund.