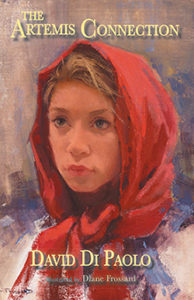 I’m passing onto readers some great news about Country Legend Dolly Parton stating that she has signed a new development deal with NBC. Under the terms of the agreement, NBC will develop several two-hour television movies based on Parton’s songs, stories and life. The films will be produced in conjunction with Sam Haskell of Magnolia Hill Entertainment and Warner Bros. Television.

This is great news to my ears since I love the down home, earthy greatness of Parton’s past movies and I’m sure these movies will be great entertainment for the entire family. Parton is such a down to earth person and with a personality as real as the mountains she was raised in. She never meets a stranger and always takes the time to speak and to be friendly wherever she is appearing.

Parton said in a press release, “I’m so excited to be involved with my friend Bob Greenblatt, who produced the Broadway version of ‘9 to 5: The Musical’ with me, and my longtime friend and former agent Same Haskell.”

She also stated, “We want to create projects for NBC that are both fun and inspirational with a family audience in mind.”

It’s my opinion these projects will be entertaining and an excellent choice for the entire family to enjoy a night together in the privacy of their home to watch good clean movies. This brings back memories to me of favorite television shows our family enjoyed as I grew up in the mountains of West Virginia. It was a special treat to watch certain movies and/or shows during certain nights.

NBC Entertainment Chairman Robert Greenblatt is excited about the new deal. He stated, “I don’t know of anyone in the world who doesn’t love Dolly Parton, and the idea of developing television movies inspired by her incredible like and of the stories she has sung about for decades is exciting to all of us at NBC; and “I hope we will create some uplifting movies that the entire family can enjoy together, a genre of programming that still seems largely untapped on television.”

NBC Entertainment President Jennifer Salke stated, “We all feel so lucky to be in business with Dolly; and we’re excited about working with her to create these movies with her incredible work ethic and that genuine hopefulness and positive outlook that has been her trademark for years. And you can bet there’ll be a lot of her music in them too.”

I for one look forward to enjoying what I hope will be musical, comedy and the homey nature of Dolly’s great personalities acted out in the movies NBC will be conveying to their audiences. I’ve seen all of Dolly’s past movies and I enjoyed and loved them all. She has boundless capabilities for drawing in viewers with her charm and grace.

Barbara Kasey Smith wrote this article based on an article she read on tasteofcountry.com.