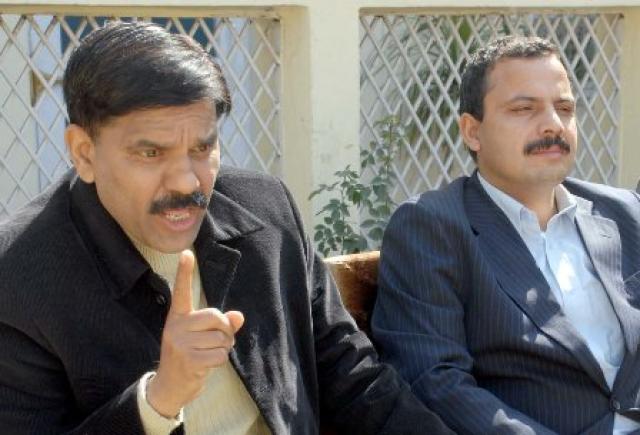 ,March 15 (Scoop News) -. Harsh Dev Singh MLA & Working Chairman JKNPP today accused the government of total apathy and indifference towards the genuine issues raised by the agitating employees, students, pensioners, refugees and unemployed youth including agricultural technocrats, ITI trained electricians, unemployed engineers, ReTs, home guards and other adhoc and daily wagers.  He said that the government was so conspicuously apathetic to the agitations going on in the state, that it itself appeared to have gone on an indefinite strike.

Speaking during the zero hour in the Assembly,  Harsh Dev Singh said that in a welfare state, it was the responsibility of the government to be compassionate and to promptly attend to and address the issues and grievances of its subject.  He said that the government had itself held out assurances to the state government employees numbering more than four lac that their demands pertaining to pay arrears and anomalies would be suitably addressed and accommodated but had subsequently fallen back from its commitment and was adopting a dilly dally approach.  He called for early settlement so that the stalemate created due to employees strike could be resolved.

Harsh Dev Singh further called upon the government to attend to the issues of students who had taken to streets for the last around two months.  He said that the record of various colleges had indicated that not even 50% of the courses had been completed by various colleges and the number of lecturers delivered was also as low as 45-50 as against stipulated target of 120-150 class lecturers in an academic year.  He regretted that no minister or government functionary had bothered to talk to the agitating students several of whom have been hospitalized due to their indefinite fast.

Harsh Dev Singh further castigated the government for its failure to attend to the agitating unemployed youth who have been given a raw deal by the government.  He said the demands of agricultural technocrats, ITI trained electricians, engineers, home guards, ReTs, SPOs, and adhoc employees were required to be conceded on priority.

He cautioned the government to arise and awake from its slumber before it was too late and before further loss was caused to the system and society at large.  He said the policy of antagonizing all sections could prove counter productive and disastrous for the government in the long run.