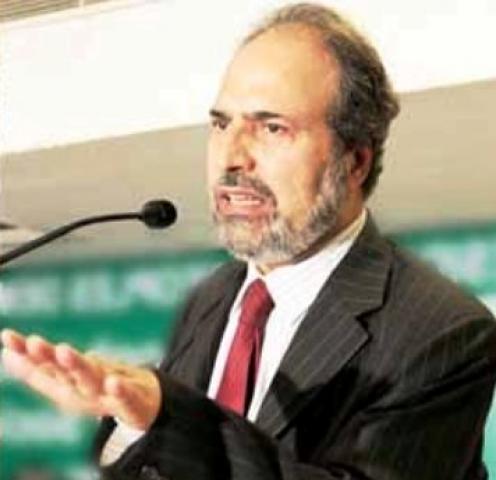 Srinagar, April 28 (Scoop News) –Senior leader and former deputy chief minister Muzaffar Hussein Baig said national conference had sold out vital resources for development for its own power. He said the party handed over most feasible power projects to NHPC just for securing a junior miniostry for Omar Abdullah when it had aligned with the BJP. He said the darkness in the state is a result of the NC’s lust for power.

Addressing a public meeting at Srigufwara in Bijebehra constituency today Baig said the NC sold out its so called political Bible the autonomy report and the most viable seven hydel projects at a time when it had an unprecedented majority in the state Assembly. There was no apparent compulsion for it to do so except that the party has stopped to think of itself as representing the state and its interests, he said, neither does it feel accountable to the people of the state. He said the party’s power mantra is based on the two pronged strategy to seek votes from people on emotive issues, helped lately by boycott windfall, and seeking refuge under the wings of a larger party by selling out state interests.

Referring to the political deceit practiced by the NC Baig said the party has mastered the art of telling lies with confidence. "In their meetings within the state the NC leadership has been raising issues of revoking AFSPA and return of power projects. Omar Abdullah recently even said these two issues constituted his wish list for the state. But the lie was nailed when both the union home ministry and power ministry stated in parliament that the state government had never even made a formal request on the issues" Baig said.

Filed under: Media & Tech, World
Share Tweet Pin G Plus Email
previous article: J&K has a great tradition of knowledge and skills:Mufti
next article: LADAHK INCURSIONS – CHINA – SRI LANKA AXIS MESSAGE TO DELHI TO SLOW DOWN FOLLOW UP PRESSURE ON U