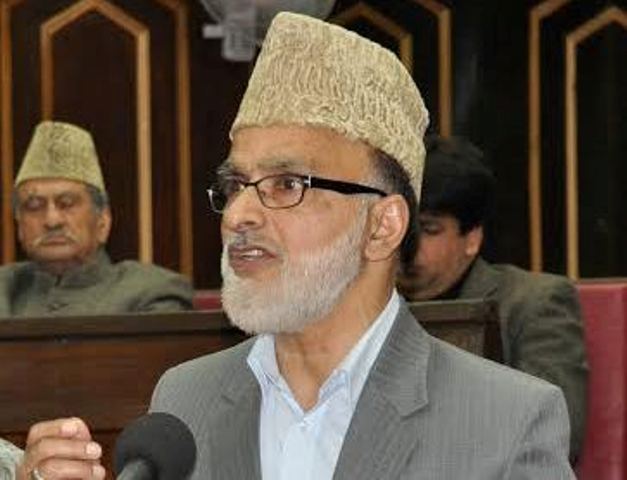 Srinagar, October 25, (Scoop News)- Ali Mohammad Sagar, General Secretary J&K National Conference said “We opposed the elections at this point of time because we felt that this is not the opportune time as the people are battling the aftermath of the flood tragedy that has befallen the state”. He said this was the time to focus on relief and rehabilitation rather than go for polls.

The National Conference General Secretary said that the party clearly stated that the choice is between the people of the state and their sufferings on one side and the politics and elections on the other side. Since democracy is for the welfare of the people it was imperative to go by the will of the people he asserted. Sagar said the preference of the National Conference has always been and will continue to be with the people of J&K, their welfare and their well-being.

However, Sagar said unfortunately the National Conference was in a minority on the issue with political parties like PDP and others giving preference to their craving for power than the people.

Confident that the people will reject these anti people forces at the hustings, Sagar said PDP has always been hungry for power and in its quest for power has always indulged in petty machinations to grab power through dubious means which have been more often than not anti democratic and anti people. However this time they crossed all limits by turning a blind eye towards the miseries of the people of the state in their blatant shameless endeavour to build their dream castle of power, he said.

Sagar further said now that the Election Commission of India has in its wisdom announced the schedule for the elections in the state, the National Conference will internally discuss and decide the further course of action.