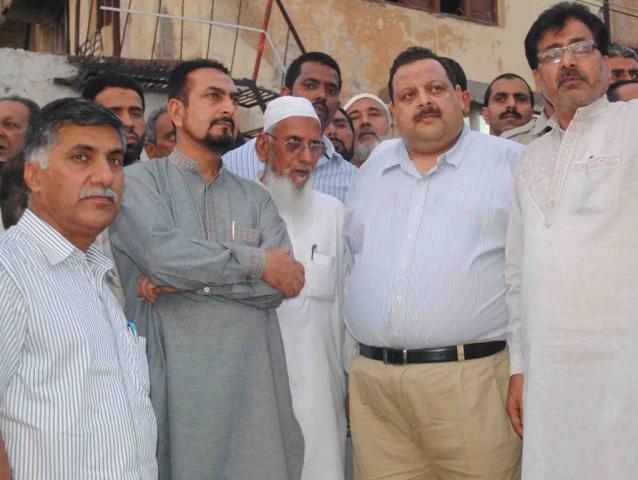 Jammu, June 7 (Scoop News) – National Conference on Friday sought an independent probe into circumstances leading to the 2008 Amarnath land row agitation in Jammu and Kashmir and demanded that the conspirators and perpetrators of the unholy game-plan should be brought to book for their anti-people activities.

Referring to the revelations made by the senior National Conference leader and Provincial President Mr. Devender Singh Rana, at a public meeting at Buflaiz in Poonch district on Wednesday, Sr party leaders Rattan Lal Gupta,  Kr Rachpal Singh, Sheikh Bashir Ahmad, Babu Ram Pal, Th. Kashmir Singh, Brij Mohan Sharma and Gurdeep Singh Sassan in a joint statement expressed concern over the machinations of the PDP and the BJP to put the state on fire at a very critical juncture for deriving political mileage.

They said that the disclosures made by a senior political leader about the leaders of the BJP and the PDP holding secret meetings at New Delhi are grave in nature and call for a thorough probe. “But for the political sagacity of the people the two parties  had virtually brought the state to brink of disaster”, they said, adding if such tendencies were not checked, the vested interests could plunge into similar misadventures anytime for petty political gains.

The leaders hailed Mr Rana for making bold disclosure and exposing the sinister game-plan of the two parties, describing them as two faces of the same coin.

“The stoic silence maintained by the BJP and the PDP over the disclosures made by Mr. Rana is candid admission of the fact that the leaders of the two parties had held meetings and hatched the conspiracy to share the loaves of power”, the NC leaders maintained.

They said that PDP and BJP, known for being hand in glove with each other, must be fully exposed in the matter because the 2008 agitation could have wider ramifications beyond repair.

Recalling the horrendous days of unfortunate 2008 agitation, the party leaders said that the two parties had almost threatened the unity and integrity of the state thereby putting to risk the secular fabric and the constitution of Jammu and Kashmir.

“This is a serious matter which needs to be thoroughly investigated so that the truth is laid bare before the people of Jammu and Kashmir and those responsible should be brought to book”, they said.

Meanwhile the National Conference leaders have made a fervent appeal to the people of Jammu and Kashmir for remaining vigilant against such machinations of the vested interests like the PDP and the BJP and foil their sinister designs by maintaining unity.