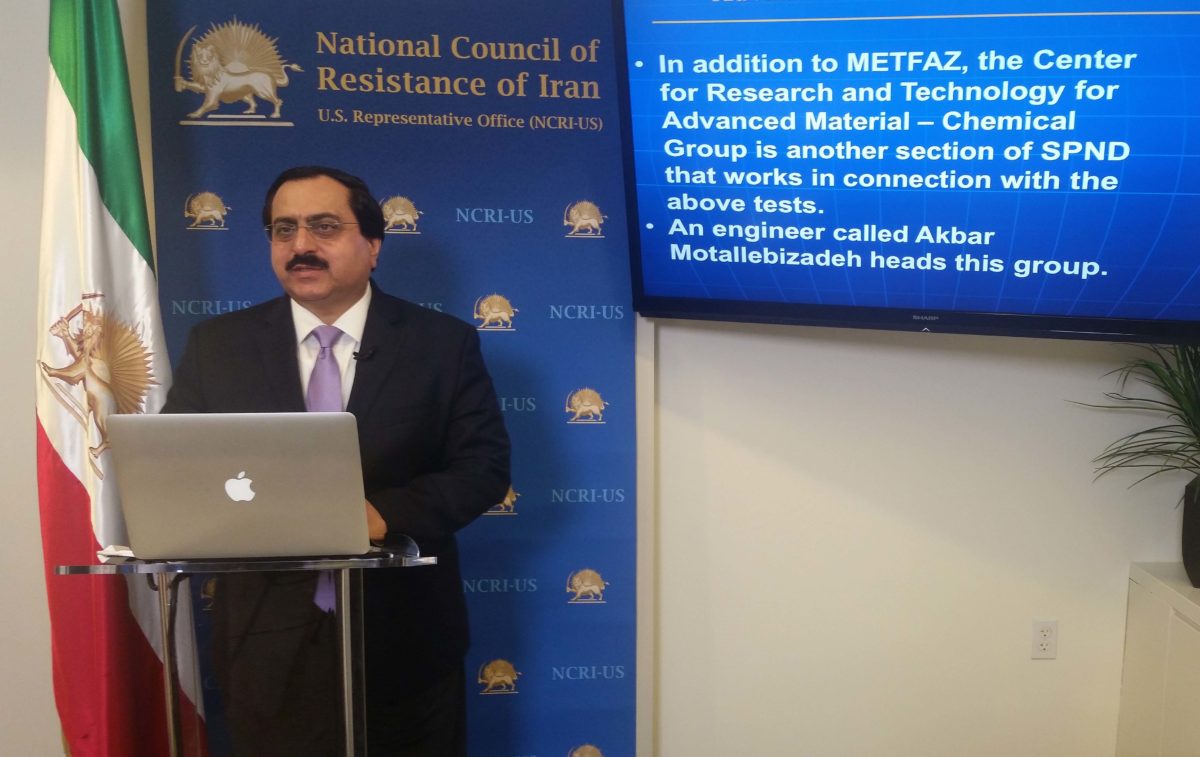 Conference on Wednesday, offering proof of an alleged secret committee that is charged with Washington D.C. – The National Council of Resistance of Iran (NCRI) held an online press deceiving the International Atomic Energy Agency (IAEA) about the possible military dimensions (PMD) of its nuclear program. The conference was led by Alireza Jafarzadeh, 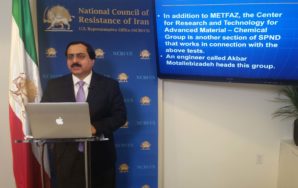 Iran is required to respond to questions regarding certain pieces that the IAEA determined are necessary for military applications. In July 2015, they agreed to answer these questions. However, evidence is surfacing that the regime is attempting to hide or craft their answer to downgrade any references to military applications by means of a special committee. This five member committee is headed by top officials from the Ministry of Defense in Iran, according to the NCRI.

The responses regarding PMD that were given to the IAEA in August 2015 were crafted by this committee, whose members are also active in building Iran’s nuclear bomb capabilities. They are also strongly opposed to direct inspections of their military sites. IAEA inspectors are still being banned from doing inspections except with specific rules, including interviews through a curtain or responses by writing.

“They always have a justification or excuse,” said Jafarzadeh in reference to Iran’s limits on IAEA inspectors. He pointed out that inspections cannot be affective when conducted as Iran would prefer they were completed.

The NCRI offered evidence suggesting that Iran is lying to IAEA officials about the status of its triggers and other nuclear capabilities. They believe that Iran is actively engaging in a course of deception, which goes against the spirit and letter of the agreement crafted in the summer of 2015 that remains unsigned. Jafarzadeh included reports from multiple sources within the regime itself to back up their claims and was compiled from July to October 2015. The agencies are the IRGC, the Organization of Defensive Innovation and Research, and Atomic Energy Agency of Iran.

Throughout the process of nuclear talks during the summer of 2015, the NCRI continually warned the international community about Iran’s deceptive practices and their attempts to manipulate members of the global community, including the United States and their European allies. Jafarzadeh also pointed out that Iran has been deceptive about the status of their Exploding Bridge Wire (EBW) detonators. These are integral part of a program to develop an implosion type nuclear device. Iran said they built these EBW detonators for their oil and gas industries, not a nuclear device.

The National Iranian Drilling Company (NIDC), which is responsible for all oil and gas drilling within Iran, has never received an EBW detonator as claimed by the Iranian government per an internal memo from August 2015.

The NCRI concluded that the responses to the IAEA have been prepared to cover up any military dimensions of Iran’s nuclear program and to mislead the international community about Iran’s intentions to create a nuclear bomb. The EBW detonators explanation was meant to divert the IAEA from further investigations into this issue, but the detonator explanation was shown to be false and suspect. The IAEA wants to see Iran’s whole nuclear system, not the current situational explanations.

According to the NCRI, this should cast doubt on other explanations and promises being offered by Iran’s ruling regime. They believe the PMD questions remain the main issue of Iran nuclear discussions. The organization also considers that concerted efforts to oppose Iran by Arab countries, along with international support, can meet with success in limiting Iran’s influence within the region. Questions were answered at the end of the session from various audience members. Such topics included Iran’s response to the ISIS attacks in Paris and recent statements to the international community regarding its nuclear activities, as well as strategies for dealing with Iran’s deceptive practices.