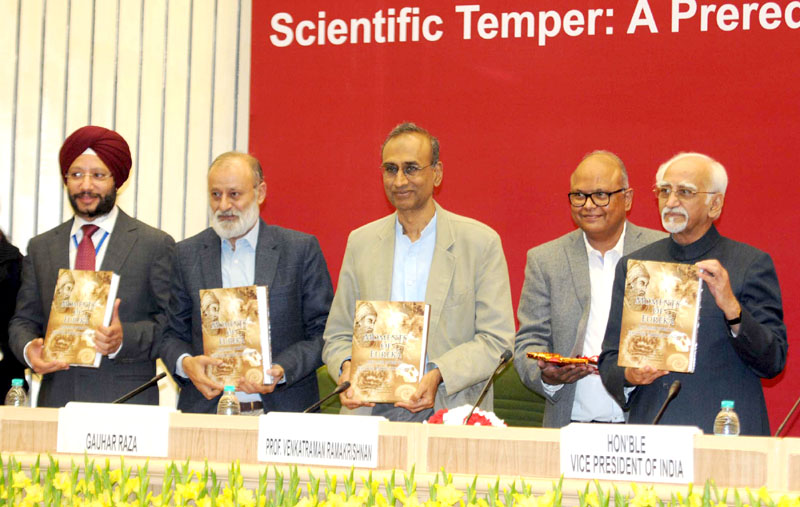 The Vice President, Mr. M. Hamid Ansari releasing the book ‘Moments of Eureka’, at a function, in New Delhi on January 10, 2016.

Panel Discussion On ‘Scientific Temper: A pre-requisite for Knowledge based Society’

New Delhi (PIB-GR-TYP-BIN): The Vice President of India, Mr. M. Hamid Ansari has said there is a need to create the right ambiance and structures to encourage scientific research and innovations. Mr. Mohd. Hamid Ansari said that a pre-requisite need for this is to develop an analytical approach that leads to rational thinking and the pursuit of truth without prejudice. One of the objectives of our Constitution is to make scientific temper the basis of all social interactions, he added.

The Vice President said this in his address after launching of new look Rajya Sabha TV and inaugurating a panel discussion on “Scientific Temper: A pre-requisite for Knowledge based Society”. He also released the books “Moments of Eureka” and “Scientifically Yours” during the inaugural session on January 10.