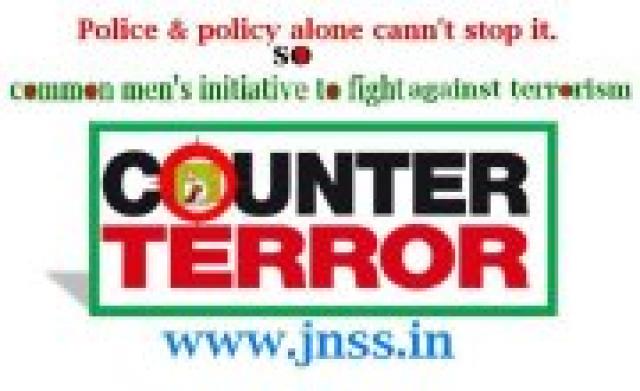 NCTC is clearly our nation’s effort to combat terrorism in India. Sharing  information with our different states and integrating all instruments of national power to ensure unity of effort to wipe out the hell of terrorism from the holy soil of Mother India.

NCTC ,is the law that uphold the highest standards of conduct in all that we step in unitedly against terrorism. All the states of India should follow through on their  promises and commitments for the safety of Indians and for the sovereignty of India, while acting in the best interest of the nation regarding fight against terrorism and Naxalism.

As the central govt. will hold  the highest standards and strive for continuous improvement and promote innovation, creativity, and risk taking ,all the concerned states need to support the UPA Govt. to initiate a new and strong law with zero tolerance to fight back against terrorism .

Both the center and state need to create an inclusive, joint work environment to leverage the breadth of expertise and perspectives from across the counterterrorism community across the globe to show and prove  the exemplary initiative in front of the global community to combat terrorism.

The UPA’s initiative in formulating and passing a new terror law, such as the NCTC, should reassure the public that terrorists will not go unpunished or will be caught before they do damage. While attention should be paid to the human rights angle every time a terror law comes into effect and is used, it should be seen to that a terrorist’s human rights don’t supersede his victims.

There should be a law of zero tolerance to curb terrorism in this country.How many more ATTACK are needed to jolt the government out of its slumber?How many more ATTACK are needed to awake the government?How long will the fear of terror continue to rule the mind of each and every Indian? When will a law like POTA impose curbs on these inhuman acts?

I suggest a law that prescribes zero tolerance for wiping out terrorism from this soil. There should be no hearing, no trial, but only instant death for these terrorists. It is necessary for all Indians to remain united and  BOTH THE CENTER AND STATES are need to create a joint platform for the sake of the safety, security and sovereignty of this Nation.