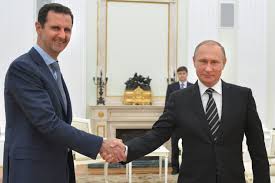 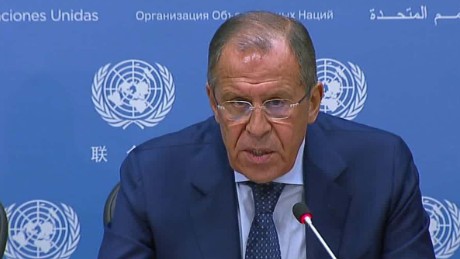 Regular negotiations on Syrian crisis settlement in Geneva will be resumed on the 14th of March and last till 23rd of March, declared on Wednesday the Special UN Envoy for Syria Staffan de Mistura. Negotiations renewal was primarily set for March 9 but consequently it was adjourned for the 14th. The delegation of the Syrian government has also been invited to participate in the new stage of peace negotiation process in Geneva.

UN Special Envoy of the Secretary-General for Syria Staffan de Mistura stated that in the course of the negotiations will be discussed the following issues: preparation of elections, formation of the government and drafting the Constitution of the Arab Republic. In the UN believe that the truce will be based on perpetual terms.

On March 9 in Syria the representatives of the opposition after holding negotiations, came to agreement on the formation of action group to draw up the new Constitution of the country.

Higher Committee has announced that the major Syrian opposition group will take part in the negotiations in Geneva. The announcement contains information that the Committee will not lay down any grave preliminary conditions though the “necessity to work within the frameworks of international resolutions has been emphasized”. In the end of February the Committee stated that the Syrian opposition supports ceasefire agreement reached under the auspices of the USA and Russia. Higher negotiations Committee was established in December 2015 comprising 32 members. 9 members of the Committee represent National Coalition of Opposition and Revolutionary forces based in Istanbul, five other members – National Coordinating Committee, ten – armed groups. Eight other members are independent politicians. There are also four delegates from northern and four from southern fronts as well as one for each representative of Islamic forces from “Ahram ash-Sham” and “Djeish al-Islam” groups.

To recap, on February 27 belligerent parties concluded a fragile provisional agreement. At the same time before renewing the negotiation process on the settling of the crisis Syrian Kurdish militia also known as People’s Protection Units (YPG) accused Syrian opposition of having used chemical weapons during the attack on Aleppo on the 8th of March. Kurds affirm that the adversaries of the Assad’s regime used white phosphorus in the course of Sheih Maskud area assault. Shelling with chemicals stuffed projectiles was carried out from the positions occupied by Syrian opposition brigades. As a result of this attack at least 16 people died, mainly women and children. In response insurgents declared that they didn’t resort to chemical weapons and blamed Kurds in cooperating with the Bashar Assad’s regime and Kurdish snipers were accused in killing representatives of the moderate opposition in Aleppo.

Currently Russian intelligence officers are collecting information about alleged employment of chemical weapons by the Syrian insurgents during assault on Aleppo as well as seeking feasible civilians’ death proofs. Russia is badly in need of these evidences to use them in the course of negotiations on settling of the Syrian crisis on March 14 in Geneva. Apparently Russia anticipates using them as its one more ace to justify its military presence in Syria that had lead to the escalation of hostilities and claimed the lives of hundreds of civilians.