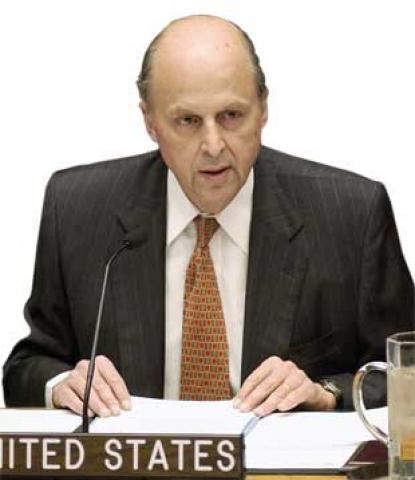 ISLAMABAD:US Deputy Secretary of State Jhon Negroponte lauded the effrots being made by Pakistan government towards easing the tension with India.

Matters relating to the tensions between Pakistan and India after Mumbai voilence,ensuring Indian allegations against Pakistan and Pakistan,s reaction to the same were discussed in detail besides overall situation of the region including war on terror.

They also discussed UN Security Council,s sanctions on three Pakistan nationals and the ongoing crack down against militants.

The US Deputy Secretary of State appreciated the steps taken recently by Pakistan government against militants,saying this will help ease the tension between Pakistan and India.

Negroponte hoped that Pakistan would carry on war against terror with unwavering commitment.

President Asif Ali Zardari on the occasion reiterated that India has so far failed to provide any concrete evidence in connection with Pakistan,s involvment in the Mumbai attacks,He said Pakistan is ready to cooperate with India for investigation into the Mumbai carnage.

Pakistan itself is a victum of terrorism and making all out efforts to root out this menace,President Zardari said.

He said that Pakistan soil is not being used for carrying out terror acts any other Country.