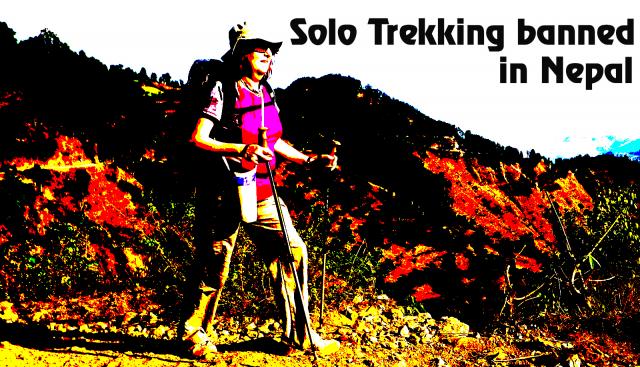 Kathmandu Nepal: The Nepal Government has put a hold on the decision to restrict the trekkers for solo trekking in Nepal said Trekking Agents Association of Nepal (TAAN).  Earlier Nepal government had banned solo trekking in Nepal as the number of trekkers went who went missing increased numerously from different trekking sights but due appeal from different stakeholders the decision has been halted.

Issuing a notice to the concerned stakeholders on August 17,2012  the Ministry of Culture, Tourism and Civil Aviation (MoCTCA) said, " It has pended the  discussions on banning  solo trekking in Nepal.  The decision was made to make Trekking in Nepal safe and ensuring security of trekkers. "