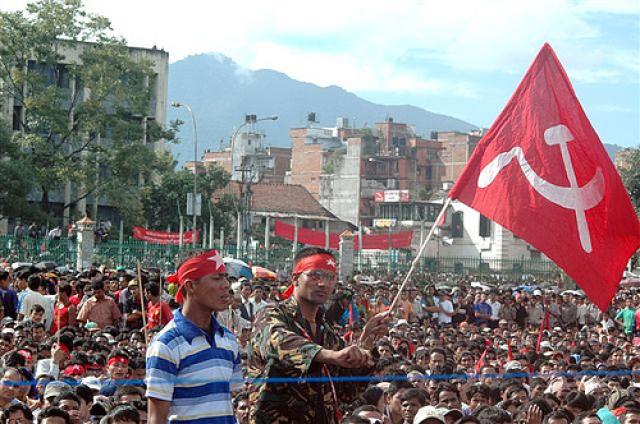 Nepal’s Defense Minister Vidya Bhandari has threatened to use the government army against Maoist protesters. This is her continuous reiteration over more than a week.

Ms. Bhandari was defeated in the Constituent Assembly (CA) elections held on 10 April 2008.

Earlier Deputy Prime Minister Vijay Gachchhedar had given a similar threat regarding the ongoing Maoist protests against the government across Nepal.

Maoists—currently in the UN-monitored peace process—have been protesting against the current coalition government headed by UML leader Madhav Kumar Nepal. Mr. Nepal was also defeated in the CA elections.

Ceremonial President Dr. Ram Baran Yadav, at the request of anti-Maoist alliance, approved of the Army Chief’s parallel power exercises against the elected Prime Minister Prachanda in May 2009.

This parallel rule against the Maoist-headed government led Prachanda to immediately resign his office to avoid any untoward consequences.

Maoists, since then, have been demanding that the agenda of civilian supremacy be debated in the Legislative-Parliament composed of the elected CA members. They have gone to people for support.

But the current anti-Maoist political coalition and its government have firmly refused to discuss the agenda of civilian supremacy in the House. Instead, they have threatened to use the Nepal Army to quell protests.