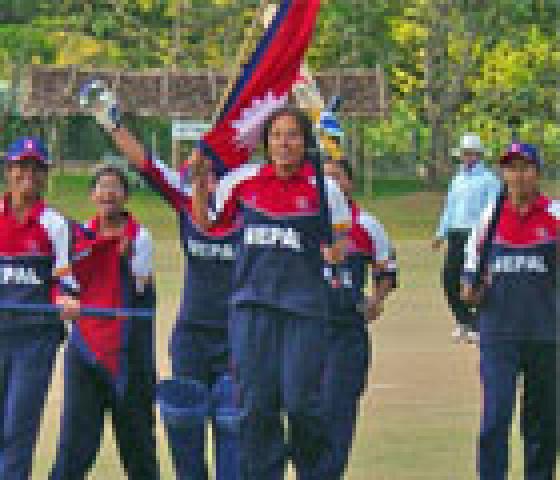 Nepal’s Women team won the Asian Cricket Council Under -19 (ACC U-19) Championship over Malaysia by seven wickets, reaching the 46 run target in just 12 overs on December 24, 2008. Nepal’s Sonu Khadka took three wickets while Rekha Rawal and Keshari Choudhari took 2 wickets each. Invited to bat first after losing toss, Malaysia lost all its wickets in 16.2 overs. Nepal remained unbeaten in earlier matches of the tournament, sidelining Bhutan, Singapore, Kuwait and China.
“We always knew we had the team to win, we’ve been playing a long time and have enough confidence in matches,” ACC’s website www.asiancricket.org quoted Nepal’s captain Nary Thapa as saying on her team’s victory.
Last year, Nepal had lost to Bangladesh in the ACC U-19 Championship.