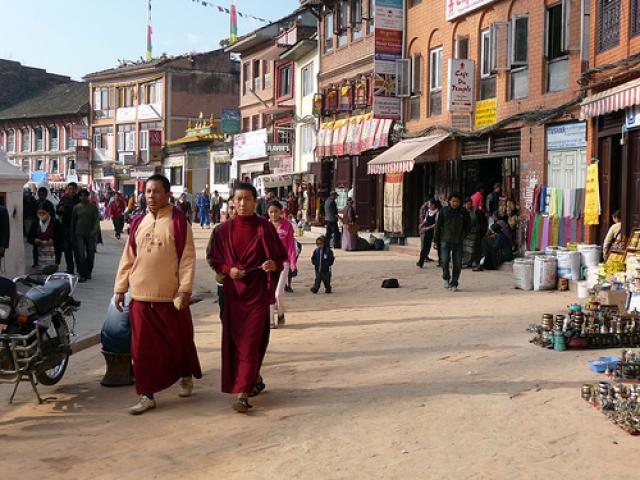 On November 17th Nepal’s Supreme Court issued a historic ruling which grants protection to gays, lesbians and transgender community in the country. It also open doors for gay marriage rights and end all discriminatory laws.

At Towleroad commentators expressed their support for Nepal’s decision. John in California notes the country’s Supreme Court ruling and also changes happening in Asia regarding sexual minorities and transgender rights.

“I don’t think we’ll see much momentum on gay issues in the Middle East and Africa beyond what has already happened in Israel and South Africa…… I think the gay rights movement of the 21st century will be fought in these two areas of the world. Aside from this great ruling in Nepal, we’ve seen some encouraging signs Asians are finally willing to talk about sexuality.”

Efforts of a Nepali gay rights group is also being discussed by bloggers, especially the fact that the group-Blue Diamond Society’s founder Sunil Pant is the only openly gay member of Nepal’s Constitutional Assembly. PinkNews UK quotes Mr. Pant’s reaction to the ruling

“Reading this decision my eyes were filled with tears and I felt we are the most proud LGBTI citizens of Nepal in the world.”

Nepal’s efforts are having effects in neighboring countries too, especially India. Transgender rights activists in city of Bangalore (now called Bengaluru) are looking at changes in Nepal and hope that the city police’s campaign against sexual minorities would end soon.

Interestingly, the question about religion has not affected gay rights debate in Nepal. The country is majority Hindu, with Muslims, Buddhists, Christians and indigenous population making up about 10% of the population. Some attribute this to the lack of rigid hierarchy or leadership structure in Hinduism.

“In 2004, Hinduism Today reporter Rajiv Malik asked several Hindu swamis (teachers) their opinion of same-sex marriage. The swamis expressed a range of opinions, positive and negative. They felt free to differ with each other…..made possible by the fact that Hinduism has no one hierarchy or leader. As Mahant Ram Puri remarked, “We do not have a rule book in Hinduism. We have a hundred million authorities.”

Ancient Hindu texts like the Mahabharta have transgender characters that did not face discrimination from the society and even Lord Krishna was fond of cross dressing to please his beloved.