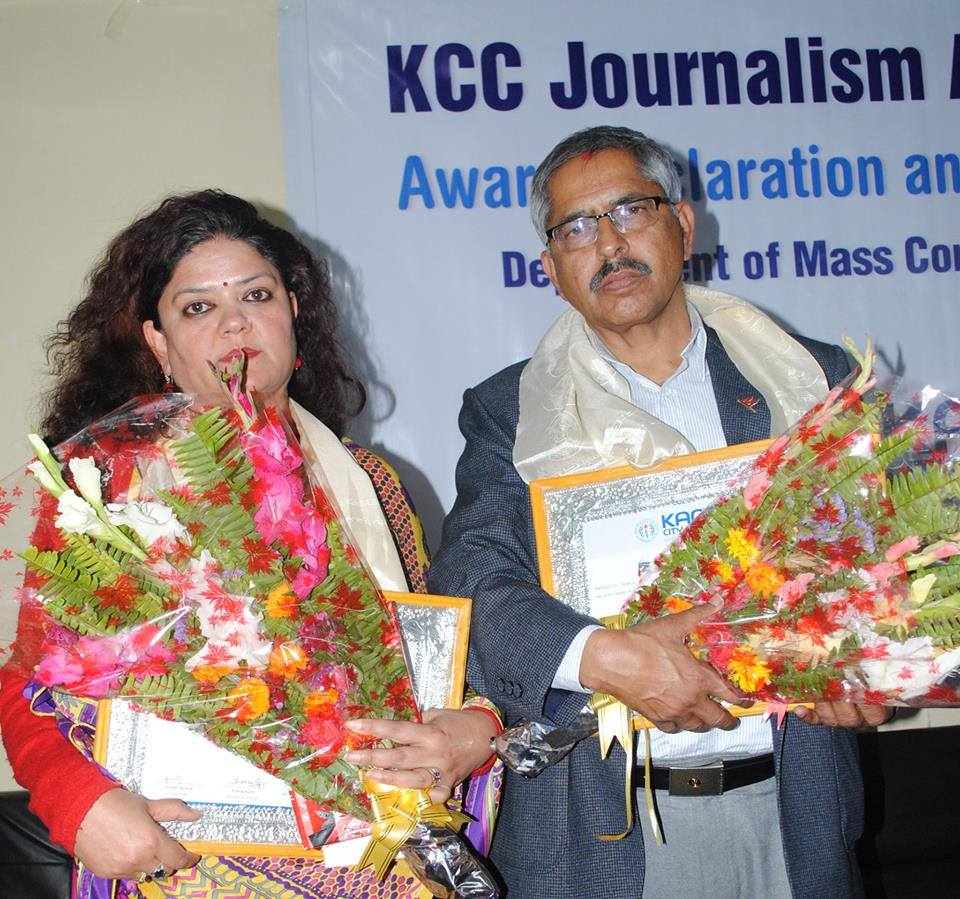 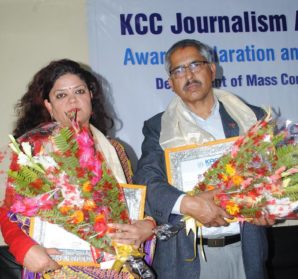 Nepal’s Professor of Media Economics Rama Krishna Regmee has stressed on the need for Nepali policy and academic stakeholders to develop need-specific dynamic media strategies that can address not only the capital city but also 58 municipalities as well as areas beyond media access. Presenting his talk Tuesday before the participants of a journalism award ceremony in Kathmandu, Prof. Regmee pointed out that master level mass communication and journalism education in Nepal is geared toward developing among journalism students a set of communication and sociability skills, with the possibility of growth in critical thinking skills. He, however, admitted to constraints at stakeholder levels while he emphasized on the media-facilitated dialogue of diverse social actors.

Nepal’s dedicated editor affiliated to the Ghatana Ra Vichar weekly, Babita Basnet one of the two awardees, expressed her pleasure for the recognition of her journalistic contribution by the Department of Mass Communication and Journalism at Kantipur City College. Also a prominent gender equity advocate in the country, Basnet told the audience about how she grew into a national figure through numerous woes as a struggling woman journalist in a developing country like Nepal.

Similarly, another awardee Dhruba Hari Adhikary, a veteran freelance journalist, with considerable experience with the New York Times, Reuters, BBC and others, expressed his concern over the growing deviation of Nepali journalism from ethical professionalism—the condition which he refers to as the ‘decline in media credibility’ as the recently released UNESCO report has indicated.

The evaluation panel headed by veteran journalist Gokul Pokhrel had selected the KCC Journalism Awardees, who received a cash prize of NRS25,000.00 each and a certificate of appreciation. This is the first time that an academic institution has initiated a professional journalism award in Nepal.