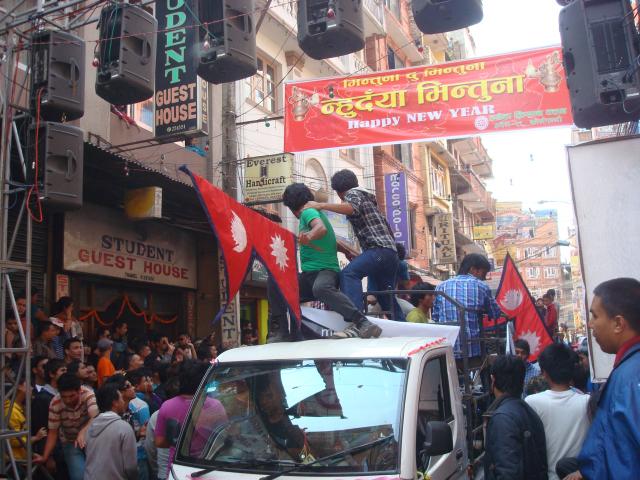 Kathmandu, Nepal:  The Nepal Sambat( Nepali New Year)  1132  was celebrated with huge audience and programs all over the nation Thursdays.  The streets were crowed and people were in the mood of celebration with the coming New Year. It seemed as a parade with loud music and people dancing and enjoying to the beat and rhythm.

The Nepali Sambat is the country’s only national calendar which was recently recognized by the Government of Nepal. It’s a lunar calendar and it is believed to have started during 880 AD.

On the same the President of Nepal Dr. Ram Baran Yadav expressed his best wishes for peace, prosperity and health to all the people in the coming New Year. Further in his message he also stressed the confidence that the Nepal Sambat 1132 would be successful in enhancing tolerance, social unity, and good will, and mutual understanding among all the Nepalese and hoped the country to move towards peace and prosperity.