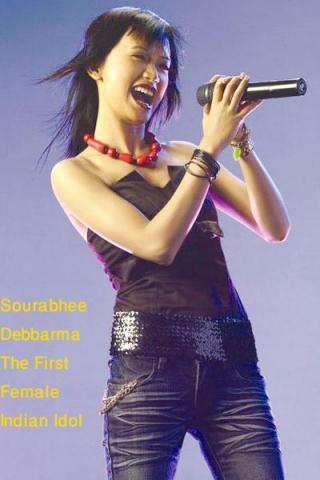 March 1, 2009, Kathmandu: With the exhilaration and excitement of Indian idol 4, Basanatapur’s open theater of Nepal rocked with thousand of spectators who had came to witness the live event there.
From the past few years, the craze of Indian idol has grasped people in such a proactive way that this year the show producers decided to invite votes from Nepal. Amidst that enthusiasm and excitement people flocked to Basantapur just to get the glimpse of their favorite. Though the choices were obvious to just two contestants Sourabhee and Kapil but still people enjoyed their passion of music in a new style.
Looking at the massive turn over, the management seemed shaky as the management team didn’t expected this big crowd but due to the on going power cut, people had no option accept to unit in a common ground where TV MAX Entertainment had broadcasted the show live for free in the open theater of Basantapur.
The fourth season of the Indian idol was declared last night around 12 PM with the excitement of being the first female winner since the past running competition. Sourabhee Debbarma, who hail from the north east India won the grand final moving forward with Torsha Sarkar as Second Runner up as, and Kapil Thapa as First Runner up.
The winner walked away with ICRs.10 million contract with Sony TV and a car where the winner was chosen by public voting.