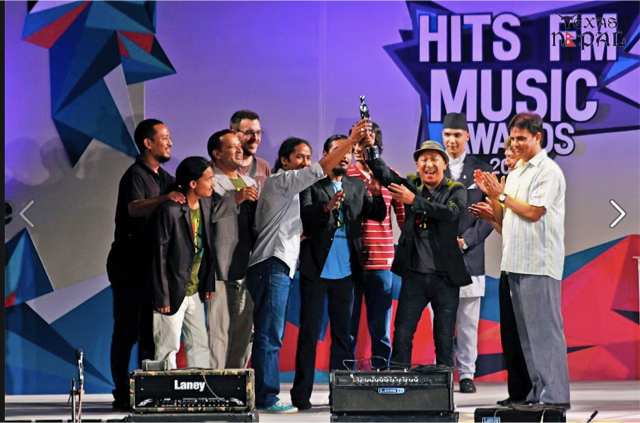 Here’s a bit of a positive Sophie’s Choice for musicians; you’re on the verge of passing the audition and getting a fee waiver for the school you have always dreamed of attending (in this case, Berklee College of Music in Boston, Massachusetts) and simultaneously receive an offer from the most famous rock band in the country to join them and tour the world. What do you do? This was the compromising position in which celebrated Nepali drummer Kismat Shrestha found himself. Having taught at the most prestigious jazz school in his county (Kathmandu Jazz Conservatory), leading a life as one of the country’s most in demand session drummers, and a member of the award-winning band Joint Family International (Shrestha is the drummer on JFI’s debut “One Good Thing” which won Best New Artist, Best Performance by Group or Duo with Vocals, and Best Pop Composition), Kismet had essentilly achieved household name status in his country’s music industry and community. Still, all of his great music heroes had attended this acclaimed Berklee school and he felt that it was the gem missing from the musical crown of his career. Albatross in not only a legendary rock band from Nepal but has achieved worldwide success and notoriety. The band has been a staple of Kismat’s musical reference since his youth so when the band members continually praised his playing upon seeing him perform, it was a special moment for him. When they approached him to join their ranks at the same time he was preparing to relocate to the US to attend Berklee, it was…pleasantly uncomfortable for him. The offer was too good to pass up and countless shows and tours later, he is quite happy that he agreed.

Anyone who has seen the movie “Rockstar” with Mark Wahlberg as the incredibly talented singer who is courted and embraced by an iconic rock group has an understanding of what Shrestha’s state of mind and experience has been. The drummer reveals, “. I was a big fan of Albatross and went to their shows everytime it was possible.  I had all of their records on my computer. Their shows were always jam packed. It was a bit difficult to get tickets. I particularly loved their performance at House of Music because of the proximity of the venue and the sound quality. I play a little bit of guitar as well and most of the songs I learnt were the songs of Albatross. Never had I ever imagined to be one of the band members of the band I dearly looked up to. I loved their attitude and persona up on stage yet their down-to-earth nature off the stage moved me. The music that they write and the passion that they have for music has kept them together for a long time. It is inspiring.”

Albatross is a four-piece Alternative rock band which consists of: Shirish Dali on Guitar and Vocals, Sunny Manandhar (Suncha Vox) on Lead Guitars, Avaya Siddhi Bajracharya on Bass, and Kismat Shrestha on drums. In its decades long history, the band has amassed a huge fan base in and outside Nepal with several of their songs firmly imprinted in the annals of Nepali rock music. Their many successful albums are followed by acclaimed tours in Nepal and internationally in support of award-winning singles. The album Ma Ra Malai led to a 2014 tour of Nepal. Their work on this album also earned them “Best Performance by a Group or Duo” and “Best Vocal Performance” at the Hits FM Music Awards (Nepal’s version of the Grammys). The single “Sacred” off the band’s hit album Jo las Sanga Sambhandhit won “Best Song in a Foreign Language” at the Hits FM Awards. Albatross’s single “Chaina” from the album Atti Bhayo won the “Best Rock Vocal Performance”, “Best Rock Composition” & “Best Performance by a Group or Duo with Vocals.” Albatross also has the unique distinction of being the only band from Nepal to play SXSW in Austin. Their successful tours in the US and other countries are a testament to their reception by the worldwide rock community.

Albatross had long ago established its sound and its preeminence in their homeland and the world but, artists need to grow and challenge themselves. This was a big reason for the band’s desire to bring Kismat on as their new drummer. Shrestha states, “The knowledge of different styles that I have is what made Albatross decide to invite me to be their band mate. While they wanted to carry on with their raw approach to authentic rock music, they were also searching for a newer sound and approaches to their music. What I’m playing is authentic Alternative rock drumming with a slight mix of jazz approaches. I use the Vater 5A sticks for the heavier music and for the ones that need subtlety I use the 7A. For the kit I mostly use aDW Maple series kit with a 22 inch Kick [drum] and Sabian HHX cymbals. Albatross has a range of sounds from high energy rock songs to super mellow sad songs or even pop-ish music. I try to cater to the music as is required naturally. Also, I used backing tracks for our live performances of songs like “Afnai Sansar ma”, “Ma Ra Malai” and “Sagar”; ranging from piano, synth, and strings to noise and screams of people. This also added to the new embellished sound of the band.”

Kismat’s influence on his bandmates and the music is well documented on the Ma Ra Malai release. This is the fourth record from Albatross and considered by many to be their best to date. Recorded at Rec Records Studio, Silence Studio, and the band’s personal music studio, the recording shows Shreshta displaying all of his “alternative” muscle while also constrained sensitivity on the more subdued songs. Both in studio and performing live, Kismat sets an explosive and energetic emotional tone whose magnetic qualities draw in audience and his fellow band members. At the South Asian Bands Festival in Delhi, India (2103) the band performed to more than 5,000, to a crowd of 18,000 in Dhaka, Bangladesh at the 2014 South Asian Rock Fest, and 10,000 in Basantapur, Kathmandu; these performances all give assurance to Albatross’s status as bonafide rockstars. The excitement they receive from their fans is something that Kismat’s fellow band members are happy to share with their young drumming phenom. Shirish Dali (Singer/Guitarist of Albatross) declares, “Kismat is one the best drummers I have worked with in my entire life. With his immaculate sense of timing, plodding tempos, and his imaginative fills, Kismat brings a lot of positive, contagious energy to the band, be it in the studio or up on the stage. For me, playing with him and listening to him has been something that inspires a kind of rhythmic meditation for me.” Albatross Bassist Avaya Siddhi Bajracharya notes, “Kismat is undoubtedly the finest drummer that any bassist could ever ask for playing beside him. Kismat possesses equal parts of technical chops and playful enthusiasm. I have thoroughly enjoyed playing alongside him for the last 5 years.” While attending his dream school may have been a desire of Kismat Shrestha’s, it would appear that skipping this step paid off just fine. 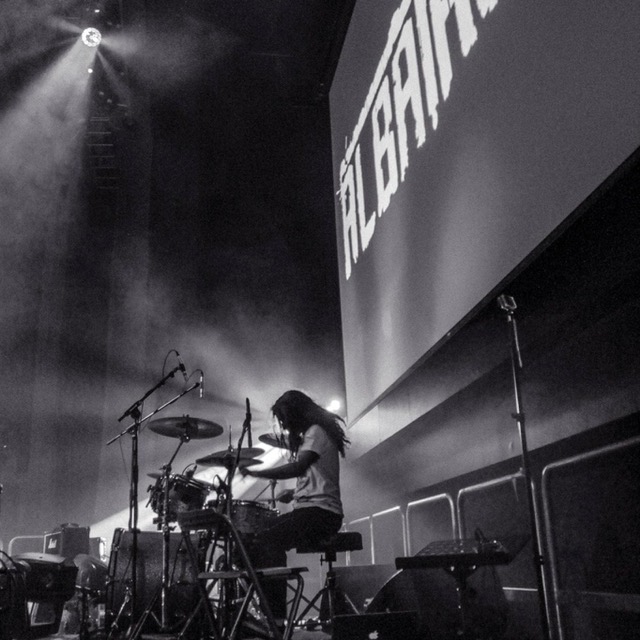