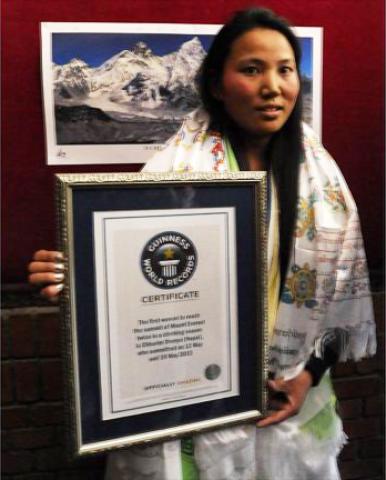 Kathmandu Nepal:  A 29 years old woman mountaineer Chhurim Sherpa of Nepal has set a new Everest record, she has been recognized by Guinness World Records as the first woman mountaineer to scale Mount Everest twice in a single season.  It has been affirmed that she reached 8,848-metre (29,028-feet) summit on May 12, 2012, and again a week later on May 19 she successfully scaled Everest.