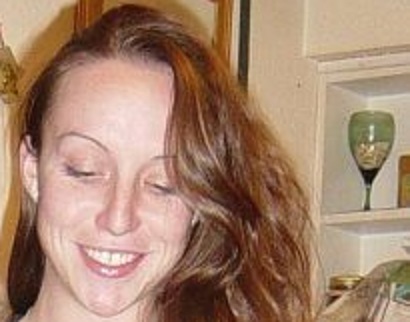 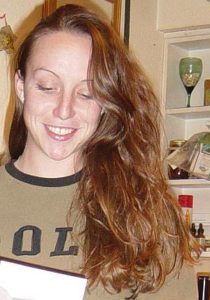 Kirstin Blaise Lobato after her release on bail in Dec. 2005 awaiting retrial

The Nevada Supreme Court’s November 23, 2016 ruling in Kirstin Lobato’s habeas corpus case reaffirms the hard truth that judges are first and foremost politicians. Even worse, the most compromised class of politicians is lawyers acting as judges. That is true for every judge in Nevada from the Supreme Court on down.

Judges meld the worst of the world of lawyers and politicians. Putting on a judge’s black robe doesn’t magically imbue a person with admirable ethical qualities the person doesn’t possess.

The gold standard of support for an aspiring or incumbent judge is police and prosecutors. That support in a contested election is an edge that opponents can rarely overcome. A judge wanting to be reelected will do nothing to endanger law enforcement support. Being labeled soft on criminals is a stigma that can be the kiss of death for a judge seeking reelection or an aspiring judge.

The Clark County DA’s Office wields an inordinate amount of subtle power over the political life of local judges, and judges elected by a statewide election, because Clark County has almost three out of four people in Nevada.

The fact Nevada Supreme Court justices have no more honesty and integrity than other politicians was nakedly exposed in their November 23 ruling in Kirstin Lobato’s habeas case that has gone on for 6-1/2 years. Instead of doing their job as justices and making a decision, the justices sent her case back to the Clark County District Court for further proceedings.

Ms. Lobato was convicted in October 2006 of charges related to the death of homeless Duran Bailey on July 8, 2001 in the trash enclosure for a Las Vegas bank.

Her alibi defense was that during the entire day of Bailey’s death she was home in Panaca, 165 miles north of Las Vegas. She also presented a third-party culprit defense that the Metro detectives assigned to Bailey’s homicide failed to investigate the persons who likely killed Bailey. The jury convicted Ms. Lobato even though the prosecution introduced no physical, forensic, eyewitness, or confession evidence during her trial that she had been in Las Vegas on the day of Bailey’s death, that she had ever met Bailey, or that she had ever been to where he was killed.

She was sentenced by Clark County District Court Judge Valorie Vega to serve 13 to 35 years in prison.

The Supreme Court affirmed Ms. Lobato’s convictions in October 2009, and in May 2010 she filed a habeas corpus petition that included 79 grounds for overturning her convictions. Several grounds include new expert forensic evidence and witnesses supporting her alibi defense. Eight grounds detail her trial lawyers did not adequately represent her by remaining mute and failing to object to at least 293 deliberate acts of gross misconduct by ADAs William Kephart and Sandra DiGiacomo throughout her trial.

Ms. Lobato’s petition details that Kephart and DiGiacomo made up for the lack of evidence against her by presenting a fake case from their opening statement through their closing arguments. Their fake case included fabricating and falsifying evidence, suborning perjury from witnesses, intimidating witnesses, lying about witnesses, misstating evidence, and presenting hearsay and innuendo. Judge Vega cooperated in their charade to fool the jury.

In August 2011 Ms. Lobato’s petition was summarily denied by Judge Vega, and she filed an appeal in the Nevada Supreme Court. The full court heard oral arguments in her habeas corpus case on September 9, 2014.

After more than two years of deliberations the court issued its en banc ruling on November 23. The court overturned Vega’s ruling on 27 of Ms. Lobato’s 79 habeas grounds. However, the court did not reverse her conviction. Instead her case was remanded to the district court for further consideration of two issues in her petition.

The Supreme Court ruled Judge Vega erred in summarily denying Ms. Lobato’s two grounds that assert her trial lawyer provided ineffective assistance of counsel for failing to investigate forensic entomology and forensic pathology evidence that establish Bailey died at a time the prosecution has conceded Ms. Lobato was in Panaca, 165 miles from Las Vegas. The court ruled an evidentiary hearing should be held so the district court can evaluate testimony by the four forensic experts who provided affidavits for Ms. Lobato’s habeas petition about Bailey’s time of death.

That ruling is inexplicable because the veracity of the new forensic evidence by those four expert witnesses hasn’t been undermined by the State (DA’s Office). Consequently, there is no justifiable reason why the Supreme Court did not favorably rule on Ms. Lobato’s two grounds and order a new trial.

The Supreme Court also ruled Judge Vega erred in summarily denying Ms. Lobato’s 25 grounds that are based on new evidence supporting her actual innocence. The court stated it wants the district court to decide if an actual innocence claim can be made under Nevada’s post-conviction statute.

That ruling is inexplicable because the Supreme Court’s decision in three cases over the past 50 years directly supports that a claim of actual innocence can be presented in a post-conviction habeas petition. Consequently, there is no justifiable reason why the Supreme Court did not favorably rule on Ms. Lobato’s 25 new evidence grounds supporting her actual innocence, and order a new trial or dismissal of the charges against her.

The Supreme Court summarily denied Ms. Lobato’s two grounds based on the failure of the DA’s Office to disclose evidence that supports her third-party culprit defense. In addition, the court refused to consider 50 of her grounds that asserted ineffective assistance of her trial lawyers. The disregarded grounds included those detailing the sabotage of Ms. Lobato’s trial by the hundreds of acts of gross misconduct by Kephart and DiGiacomo. The Supreme Court’s ruling rewards the State of Nevada by giving a wink-and-nod to Kephart and DiGiacomo’s tactic of continuously stepping on the scale of justice to ensure the outcome of Ms. Lobato’s trial would be her conviction.

The Supreme Court deliberated for 26 months to produce its 10-page ruling. It is remarkable the court disposed of Ms. Lobato’s case by carefully avoiding the dynamite issue underlying her 770-page habeas petition: Metro and the Clark County DA’s Office have known she is innocent since three days after her arrest in July 2001, and Kephart and DiGiacomo were only able to successfully prosecute her by presenting a fake case against her. Willful blindness to those facts by the politicians masquerading as Supreme Court justices ensures they will not arouse the wrath of the DA’s office. The justice’s reprehensible conduct costs them nothing — but it keeps a demonstrably innocent Kirstin Lobato in prison.

Author note: Hans Sherrer is President of the Justice Institute based in Seattle, Washington that conducted a post-conviction investigation of Ms. Lobato’s case. The Justice Institute promotes awareness of wrongful convictions, and maintains the world’s largest database of exonerated persons. Its website is, www.justicedenied.org.