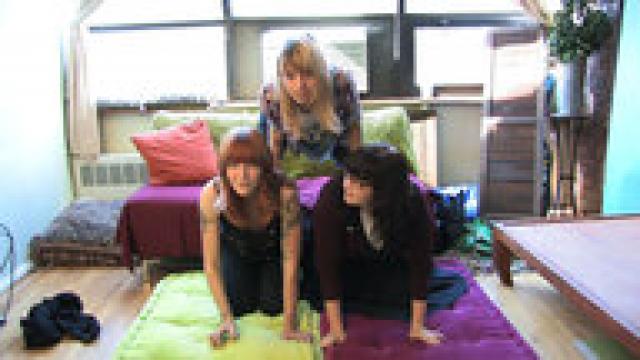 If you’re in denial that it’s actually semi-summer in most parts of the northern hemisphere, perhaps one thing will prove it: official festival season is here. There’s guaranteed to be at least one going down every week from here on out, from little street fairs going on down the block to blockbusters charging $12 for a beer.

The latest is Chicago’s Pitchfork, to be held July 17-19. Hitting the stage are Flaming Lips, Built to Spill, the National, Grizzly Bear, M83, the Pains of Being Pure at Heart, Yeasayer, Thermals, Final Fantasy, Bowerbirds and Cymbals Eat Guitars. Uncensored Interview artists in the lineup include Matt & Kim, Plants and Animals, The Mae Shi and Vivian Girls.

We also have to give the haterrific site props for creating a night where fans can vote to determine set lists from Built to Spill, The Jesus Lizard, Yo La Tengo and Tortoise. That’s right. Now you can geek out en masse!