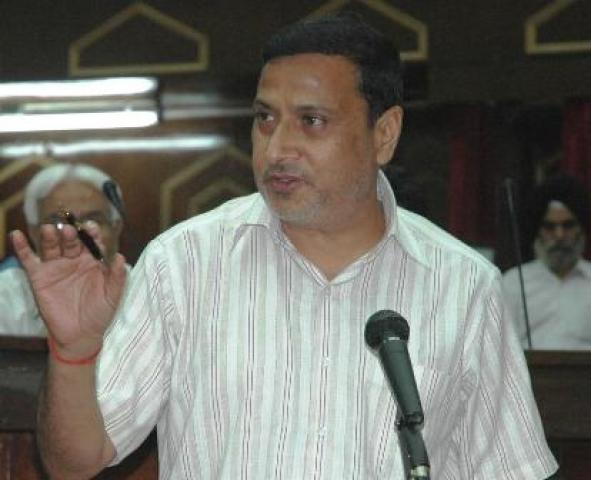 , April 03 (Scoop News) – will have a comprehensive drug policy soon to check sale and stocking of spurious drugs. The formulation of the policy is nearing completion.

Stating this in the Legislative Council today in reply to supplementaries to a clubbed Calling Attention Notice of  M. Y.Taing and  Bashir Ahmad Magrey in the House today, the Minister for Health,  Sham Lal Sharma said that as of now, the State has no drug policy. However, sharing the concern of Members against sale of spurious drugs and drug abuse, he said, the Drug Controller’s Organization has been reactivated by appointing 78 Drug Inspectors, who have been put-in-place in various health blocks in the State for intensive market checking. The existing drug testing laboratories are also being updated, he added. He said rules have been framed under which doctors shall now prescribe medicines on salt basis and not on the trade name of a drug manufacturing company. This measure would help to check alleged practice of taking commission from drug companies by the doctors.

The Minister said that the State has an effective mechanism to deal with the drug trade by virtue of strengthening of the Drugs Controller’s Organization with intelligence and legal cell and proper surveillance system. The Centre has also laid guidelines for efficient communication networking with respect to inter-state movement of the spurious drugs.

The Minister said that the Centre has now put in place the Drugs and Cosmetics Amendment Bill, 2008, wherein for sale and manufacture of spurious drugs, the terms of imprisonment and fine have been enhanced variably and offences have been made cognizable and non-bailable under recommendations for designated courts for trial of offences under the Act.