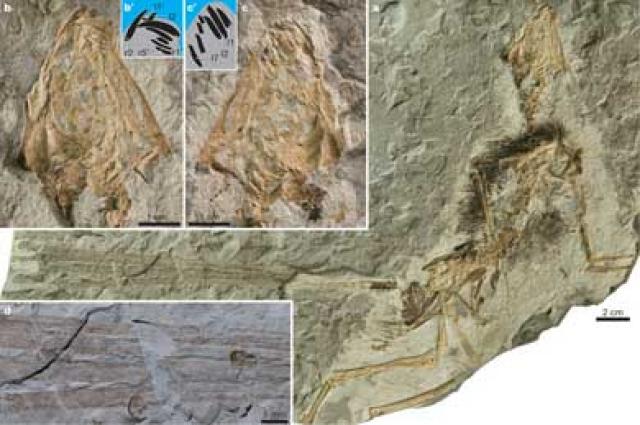 The pictures shows the artists imagination of the egg-robbing dinosaur which is found recently which lived morethan 150 million years ago.The fossil find could help explain a key phase in the evolution of birds.

Dr Fucheng Zhang, from the Chinese Academy of Sciences in Beijing, wrote: "Elongate tail feathers (ETFs) are a normal component of the ornamental plumage in extant (living) birds.

"In contrast to other feather types, ornamental plumage is used to send visual signals that are essential to a wide range of avian (bird) behaviour patterns, particularly relating to courtship.

"For example, some experiments have shown that, in some species, males with long tail plumage attract more mates than their short-tailed counterparts.

"It is highly probably that the ETFs of Epidexipteryx similarly had display as their primary function, rather than serving other purposes such as flight or insulation."