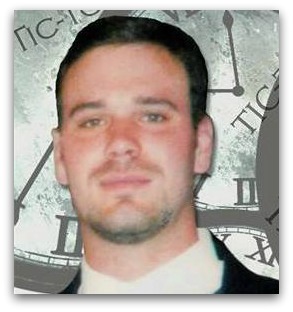 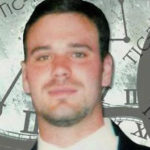 Jeffrey Havard currently sits wrongfully convicted on death row in Mississippi for the sexual assault and murder of his girlfriend’s six-month-old daughter, Chloe Britt. The truth is the infant slipped from Jeffrey’s arms while lifting her from the tub, causing her head to hit the toilet. New expert evidence supports Jeffrey’s claims.

The prosecution argued that Chloe’s cause of death was Shaken Baby Syndrome (SBS), and the manner of death was a homicide that resulted from a sexual assault. The prosecution’s case was built primarily on the testimony provided by Dr. Steven Hayne and the ER staff that was present on the night Chloe died.

Dr. Steven Hayne conducted the autopsy on Chloe Britt. Dr. Hayne did not find evidence of sexual assault while conducting the autopsy, even though he was told  to look for it. Hayne did help the prosecution when he testified that a one centimeter contusion in Chloe’s anus could have resulted from penetration with an object. Hayne has now retracted those statements.

There is not one single shred of evidence that Chloe was ever sexually assaulted, by Jeffrey or by anyone else. The sexual assault allegation was based on the fact that the ER staff noticed the infant’s anus was dilated. None of the prosecution’s medical witnesses were qualified to give an opinion regarding sexual abuse. Every single one of them made the same mistake when misdiagnosing the condition of Chloe’s anus.

Unfortunately this expert evidence was not available at Jeffrey’s trial leaving the jury to decide his fate based on unqualified witness testimony. The evidence now shows that Jeffrey’s conviction was secured based on a sexual assault that never occurred.

There is new evidence to show that Chloe’s death may have resulted from a preexisting subdural hemorrhage resulting from a traumatic birth. This preexisting medical condition left Chloe vulnerable to illness or injury from a minor impact.

There is also new evidence regarding Shaken Baby Syndrome that was not available at the time of Jeffrey’s trial. Cases of subdural hemorrhage and injury from short falls have been notably misdiagnosed as SBS in past cases. Multiple experts have now reviewed Jeffrey’s case that have concluded that Chloe’s death was not the result of violent shaking.

There is extensive new expert evidence that completely crumbles the case against Jeffrey Havard. Based on this new compelling evidence, Jeffrey’s defense team recently filed a motion for relief from judgment or for leave to file successive petition for post-conviction relief. There are currently 6 well qualified experts that support Jeffrey’s claims. There are currently no experts that support the prosecution’s theory.

You can read the most recent defense motion here: Motion for relief from judgment or for leave to file successive petition for post-conviction relief

The experts that have agreed to analyze this case for the defense have done so free of charge. This new expert evidence must not be ignored.

At The Clarion-Ledger’s request, Dr. Baden agreed to review the evidence in the Jeffrey Havard case. Dr. Baden’s findings decisively refute the prosecution’s case against Jeffrey. Jeffrey’s conviction was secured on the basis that a sexual assault occurred which then led to murder. The cause of death was never determined in court but Dr. Steven Hayne listed the cause of death as consistent with shaken baby syndrome in his autopsy report. Click here to view the Affidavit of Dr. Michael M. Baden

On February 22, 2002, Dr. Steven Hayne performed an autopsy on Chloe’s body. Dr. Hayne concluded that his autopsy ﬁndings were “consistent with Shaken Baby Syndrome.” Dr. Hayne stated: “It would be consistent with a person violently shaking a small child. Not an incidental movement of a child, but violently shaking the child back and forth to produce the types of injuries that are described as shaken baby syndrome, which is a syndrome known for at least forty-ﬁve years now. . . .We’re talking about very violent shaking.” According to Dr. Hayne, at the time of Jeffrey’s trial, the child’s symptoms pointed clearly to SBS.

Dr. Hayne also provided testimony which worked to boost the prosecution’s claims of sexual assault. He testified that the child had a one-inch-long contusion on her rectum, which, he explained, was “consistent with penetration of the rectum with an object.” Hayne misspoke at trial with regard to the measurement of the contusion. His autopsy report lists that contusion as measuring one centimeter. It is important to note that the autopsy report made no mention of a sexual assault.

In April of 2009, Hayne provided a declaration stating that there was no sufficient evidence to conclude that a sexual assault had taken place. Hayne stated that the one centimeter contusion found in the infant’s anus had numerous potential causes. Hayne concluded that there was absolutely no proof to suggest that Chloe’s death was the result of any sexual act.

In June of 2013, an article was published in the Clarion Ledger newspaper regarding several cases, including Havard’s, involving the testimony of Dr. Steven Hayne. The article reads, in pertinent part: “At trial, [Hayne] testiﬁed the baby’s death was a homicide, consistent with shaken baby syndrome. But Hayne now disavows that conclusion, saying biochemical [sic] engineers believe shaking alone doesn’t produce enough force to kill.”

Dr. Hayne executed an Afﬁdavit on July 22, 2013. Dr. Hayne reiterated that he formed no deﬁnitive evidence of sexual abuse based upon his ﬁndings in the Havard case. With respect to Shaken Baby Syndrome, Hayne stated: “At trial, I testiﬁed that the cause of death of Chloe Britt was consistent with Shaken Baby Syndrome. Recent advances in the ﬁeld of biomechanics demonstrate that shaking alone could not produce enough force to produce the injuries that caused the death of Chloe Britt. The current state of the art would classify those injuries as shaken baby syndrome with impact or blunt force trauma.” These statements were made with a reasonable degree of medical certainty. Click here to view the Affidavit of Dr. Steven Hayne

After Jeffrey’s conviction, Mississippi’s post-conviction relief office obtained the services of former Alabama state medical examiner Dr. James Lauridson to review the autopsy findings of Dr. Steven Hayne. Dr. Lauridson concluded that the evidence failed to confirm that a sexual assault of any kind had taken place. There was no sign of any tears or lacerations in Chloe’s anus and it is not out of the ordinary for dilation to occur naturally. Lauridson noted that there was no trace of Havard’s DNA found on or inside Chloe. He also noted that a thermometer inserted into the Chloe’s anus at the emergency room could have caused the small bruise. Dr. Lauridson’s report shreds the prosecution’s case. You can read Dr. Lauridson’s report below. Click here to view the Report of Dr. James Lauridson

Dr. George Nichols is a forensic pathologist with over twenty year’s experience as Kentucky’s Chief Medical Examiner, as well as being an instructor of pathology at the University of Louisville Medical School the past twenty-three years.

According to Dr. Nichols, Chloe Britt’s death is entirely consistent with a short fall, and not an abusive shaking. Click here to view the Affidavit of Dr. George Nichols

After reviewing Jeffrey Havard’s case, Dr. Ophoven does not believe the evidence supports the charges that led to Jeffrey’s conviction, and she highly recommends an “urgent” review of the case.

Dr. Ophoven stresses the need for a review, stating: “I am very concerned that this case represents a serious miscarriage of justice, particularly given the capital nature of the case, and an urgent remedy and review of the evidence is required. I would personally agree to participate in such an investigation on a pro bono basis until a proper analysis, including review of the autopsy slides and complete set of autopsy photographs, has been completed.”  Click here to view the Affidavit of Dr. Janice Ophoven

Dr. Chris Van Ee holds a Ph.D. in Biomedical Engineering from Duke University and is a licensed Professional Engineer. Dr. Van Ee has specific expertise in the analysis and risk assessment of head injury in the infant and adult populations.

Dr. Chris Van Ee’s affidavit focusses on whether the accident described by Jeffrey Havard is biomechanically consistent with the head injuries described at autopsy.

Dr. Van Ee concludes that a short fall should not be dismissed as a cause of the injuries detailed in the autopsy. He writes: “Based on the current data on short distance falls and head injury mechanics and the information provided to me for this case, it would be biomechanically incorrect to dismiss the history of fall as a causal factor resulting in the findings described at autopsy. Shaking is a less likely explanation for these findings.”  Click here to view the Affidavit of Dr. Chris Van Ee

The State has until January 6, 2014, to respond to the motion filed by Jeffrey Havard’s defense team.
Please visit www.FreeJeffreyHavard.org to learn more about this case.
Filed under: Law, News
Share Tweet Pin G Plus Email
previous article: Latvia joins Eurozone as 18th member
next article: Pentagon releases 3 more “enemy combatants” to Slovakia – a country with a questionable human rights record