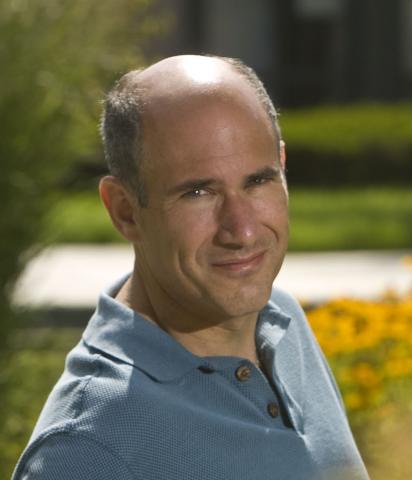 Political thinkers through the years have debated the economic role of Jews. Yet Jews who study Jewish history have long avoided the subject of economics.

“These historians didn’t want to contribute to the stereotype, to the negative image of Jews as merchants or Jews as Shylocks,” Karp said.

Examining writings on politics and economics published throughout the period, Karp’s new book traces evolving ideas about Jews’ traditional functions in the economy and, based on those functions, what rights they should have in society.

Karp said he focused on the years 1638 to 1848 because that period marks an important transition in thought about the economic roles of Jews. “At the beginning,” he said, “writers and debaters were saying, ‘Sure, bring the Jews in. Let them do their magic. They neither want, nor will we give them, any political rights.’ Jews were a safe bet as long as they remained non-citizens."

But the French Revolution changed the rules. Under the new order, in many countries, a person who followed local customs and pledged loyalty to the state could become a citizen. In theory, Jews could gain political rights, but not if they still stood apart as a merchant class in a Europe that continued to be predominantly agrarian.

“The fact that Jews were anomalous in their occupations was a serious obstacle, in the minds of many statesmen and philosophers, to their acculturation, or their subordination to the discipline of citizenship,” Karp said. Society faced a dilemma: “Either we have to kick them out, or we have to transform them and reform them, so that they’ll no longer be a commercial people.”

That dilemma lasted well beyond the period of the book — in fact, until the Holocaust. The debate points to the fact that anti-Semitism didn’t spring only from religious prejudice or distaste for moneylenders, Karp said. It also grew out of ambivalence toward capitalism. The economic activities associated with Jews, such as finance, exchange and brokerage, appeared to be the wave of the future, and many traditional groupings in society feared its effects.

Moreover, because Jews gravitated to commerce, and because people weren’t sure whether commerce was a good or bad force, even when Jews seemed to assimilate, people weren’t sure they could trust them. “They’d say, ‘Aha! They are behaving as Jews, because they are behaving commercially. These people may share our language and culture, but their predominance in commerce shows that they have their own agenda, that they are a fifth column.’”

It did not occur to people who thought this way, Karp said, that Jews’ commercial orientation was the result of centuries of habituation and restriction. For this reason, the focus on traditional roles and stereotypes also makes Jewish economics a perilous area for scholarship today.

“It’s very tricky to talk about the subject objectively, without giving perceived ammunition to anti-Semitism,” said Karp, who is delving further into historical thought on Jewish economics this academic year as a fellow at the University of Pennsylvania’s Herbert D. Katz Center for Advanced Judaic Studies. “That’s why it’s such an explosive topic.”

About Jonathan Karp:
Jonathan Karp is an associate professor of history and Judaic Studies at Binghamton University. His scholarly interests center on Jewish culture and economic history, and Jewish-Christian relations.

On January 20, Karp will deliver a lecture, co-sponsored by the Wharton School of Business at the University of Pennsylvania, titled "A Head Without a Body? Reconstructing the History of Jews in Business." Karp’s lecture is part of the "Jews in Business: Between Myth and Reality" series, which features scholars involved in the “Jews, Commerce, and Culture” program at the Herbert D. Katz Center for Advanced Judaic Studies.