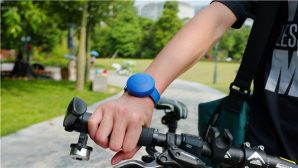 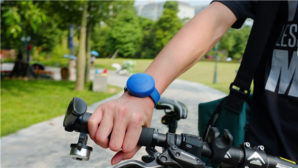 Bicycling is a sport that millions of people of all ages engage in across the country. Additionally, there are many people who run on a regular basis. What many of these people who cycle and run may not realize is that there are new laws on the horizon regarding whether or not they can wear headphones as they are engaging in these activities.

“People often go out and bicycle with headphones on or get into a marathon and wear headphones as they run,” explains Richard “Big Rich” Bracke, founder of BiGR Audio, a company that makes specialty headphones and innovative Bluetooth wrist speakers. “It’s important that people know the laws regarding this issue and that they take precautions.”

There are some states that currently have some type of laws governing using headphones while cycling, including California, Florida, Delaware, Maryland, and Massachusetts. There are additional states that are currently considering legislation regarding the practice. Not all states have the same guidelines and penalties, however. For example, in California cyclists can have one earphone in while cycling.

Many people are pushing for the new laws as a result of so many people being injured in accidents. According to the Centers for Disease Control and Prevention, in just the year 2013, there were nearly half a million emergency room visits due to bicycle-related injuries, and over 900 bicyclists were killed.

With laws varying by geographic location, it’s important that cyclists and runners stay informed and protected. Here are some tips to do just that:

“These new laws may be an inconvenience for some people, but there are alternatives so that they can keep listening to their favorite tunes as they run or cycle,” added Bracke. “It will help keep them safer and they will be used to the new laws before they know it. It’s important to keep up on what’s going on with it, so that people stay informed.”

BiGR Audio has a line of headphones that are environmentally friendly, using bamboo, and has had licensing agreement with the MLB, Bruce Lee, Rolling Stone Magazine, collegiate teams, and more. They also offer the Wristboom, which is a Bluetooth watch-style speaker that comes in seven colors and gives people the ability to listen to their favorite music or take phone calls as they bicycle, run, or walk. The device is water resistant, lightweight, and has a battery life of 4-6 hours, and allows for hands-free phone calls. For more information on BiGR Audio, visit the site at: http://www.bigraudio.com.