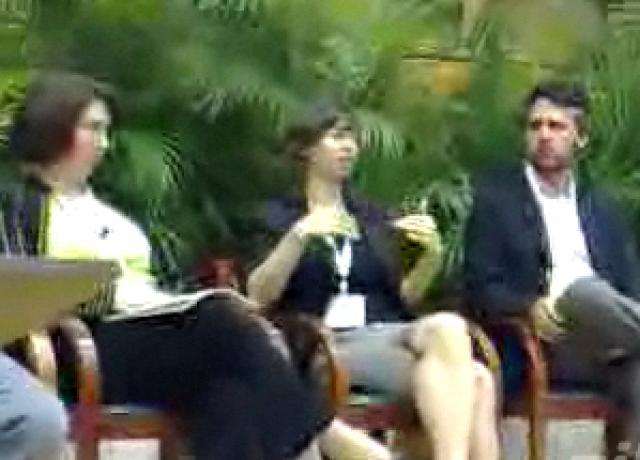 At the We Media Conference in Miami, innovators assessed the validity of the hype surrounding new media and the 2008 presidential campaigns in the session  "Hype vs. Reality in Campaign 08,"  led by moderator Brian Reich, author of Media Rules!

To conclude, Brian Reich leveled that "the campaigns are the problem."  Former Howard Dean staffer Michael Silberman of EchoDitto echoed the sentiment that voters should be given rewarding roles in campaigns, instead of being seen as credit cards or voting machines.  Ellen Miller of the Sunlight Foundation joked that, "someone said earlier that the narrative is dead– I was shocked!"

On a more serious note she continued, commenting that, "stories are always the best way to engage citizens." Later Amy Schatz emphasized the importance of local engagement and creativity, citing the example of a candidate who raised money by leveraging the offer to eat a liquified McDonald’s Happy Meal.  Surprisingly bold example for a writer from The Wall Street Journal.