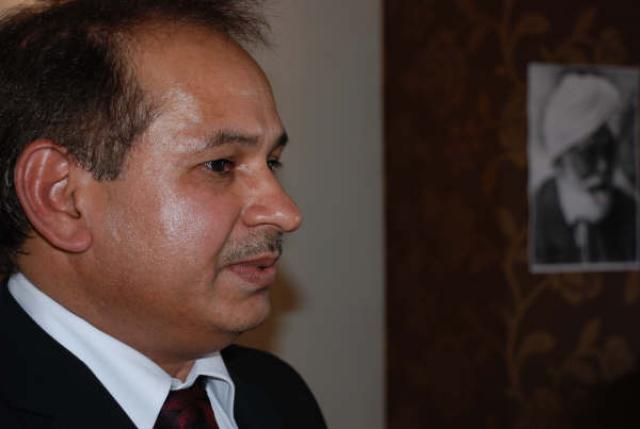 Communist and Left Unite in Pakistan

Important steps are being taken towards left and communist unity in Pakistan. At a meeting in Lahore on October 17, after a year’s discussions, three major parties agreed to merge into a single party on the basis of ideological and political unity.

A unification conference will be held in March next year to adopt the new party’s founding political and organisational resolutions.

They say that what emerges will be “a strong link in the chain of national and international progressive movements.”

In the period leading up to the conference, the three existing parties will launch a joint drive against imperialist influence, civil-military rule, economic structures and the survival of feudalism in Pakistan.

As the alternative, they will step up the struggle for the socio-economic and political rights of the people, for the rights of nationalities and for a truly democratic order through the establishment of working-class rule.

The view of all three Marxist parties is that, after 62 years of Pakistan’s independence, the political, social and economic structure of the country remains unchanged.

Feudal and tribal ways of life, with all their damaging and reactionary social consequences, remain virtually intact.

Industry, trade and agriculture continue to be controlled and manipulated by comprador and monopoly capitalists, feudal lords and tribal sardars.

The system is propped up and protected by the army and state bureaucracy which have enjoyed direct control of political power for long periods.

In spite of possessing enormous potential in its human and natural resources, Pakistan has continued to suffer backwardness and underdevelopment under this ruling class and its exploitative system.

“The end product of this decrepit system is a society plagued by rampant corruption, nepotism and dishonesty at every level, coupled with chronic lawlessness,” the communist, workers’ and peasants’ parties declare.

To keep what the parties call “this historically irrelevant system” in place, successive governments have borrowed billions of dollars externally and internally.

This money has not been used for economic and social development but to meet debt-interest payments on earlier debts, to maintain the armed forces and to fund the extravagant lifestyle of Pakistan’s rulers.

“Religious slogans are pressed into service to counter the democratic struggle of the people,” the communists and leftists point out.

“As a result, our country is being gradually overrun by militant religious fundamentalist and sectarian forces and all sorts of armed groups. Law and order and peace in the country have become hostage to these forces.”

Pakistan’s political system has been so designed that tens of millions of peasants, workers, intelligentsia, educated youth, small traders, doctors, lawyers, teachers and artists are robbed of their democratic right to representation.

Elected assemblies have virtually been reduced to the talking shops and clubs of the dominant classes.

The elite have kept the people divided on ethnic, sectarian and linguistic lines in order to weaken popular resistance to this exploitative structure.

In this situation, the Marxist parties are demanding radical changes to the political, social and economic structure of Pakistan’s society.

But they are also clear that such changes will not be brought about by the dominant classes who have patronised this system.

That is why they have decided to unite different sections of the people and mobilise them on a single political platform for the struggle to bring about these structural changes.

An eight-member committee will now prepare the main political document for unification and will approach other political parties and groups to see if they wish to participate in the process.