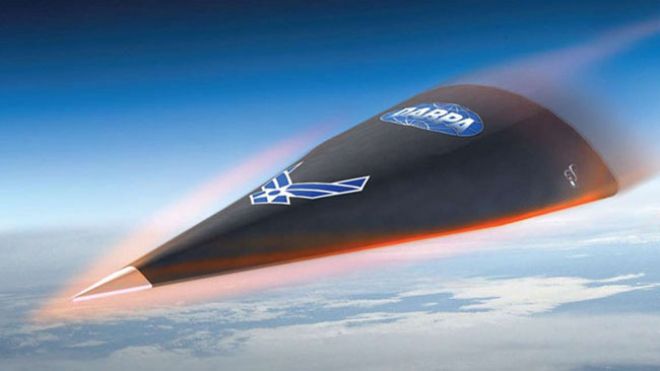 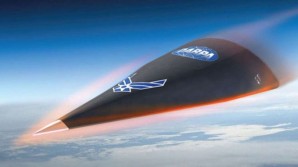 The hypersonic missile system gives President Obama the unprecedented ability to strike any target in the world in just a couple hours.

It’s called the : “hypersonic, long-range weapon system” and it gives President Obama the unprecedented ability to strike any target in the world in just a couple hours.

That capability will soon be at his command thanks to a top secret weapon already successfully tested by the U.S. military.

The Pentagon’s “Pacific Missile Range Facility” (PMRF) in Kauai, Hawaii, early Thursday morning fire a round and – in less than half an hour — it reached its destination approximately 2,500 miles away at Kwajalein Atoll.

The Army would not say exactly how fast the weapon can go, but does describe it as a “hypersonic weapon”, meaning it is capable of reaching speeds of at least five times the speed of sound, or Mach 5.

“That is super fast”, says C. Miller of Charlotte N.C., a ex military weapons analyst. “Its faster than anything on earth, including the fastest jet”, he said.

According to ABC news: “It was the first ever test for the Army’s Advanced Hypersonic Weapon (AHW), part of a Conventional Prompt Global Strike capability in development by the military. The AHW is described by the Department of Defense as a “first-of-its-kind glide vehicle” that uses a three-stage booster system to launch the glider slicing through the air” (source: http://abcnews.go.com/Blotter/dod-army-successfully-tests-top-secret-hypersonic-weapon/story?id=14975275).

“The objective of the test [today was] to collect data on hypersonic boost-glide technologies and test range performance for long-range atmospheric flight,” the Department of Defense said in a statement: “Today the U.S. Army Space and Missile Defense Command/Army Forces Strategic Command conducted the first test flight of the Advanced Hypersonic Weapon (AHW) concept. At 6:30 a.m. EST (1:30 a.m. Hawaii-Aleutian Time), a first-of-its-kind glide vehicle, designed to fly within the earth’s atmosphere at hypersonic speed and long range, was launched from the Pacific Missile Range Facility, Kauai, Hawaii to the Reagan Test Site, U.S. Army Kwajalein Atoll.

The objective of the test is to collect data on hypersonic boost-glide technologies and test range performance for long-range atmospheric flight. Mission emphasis is aerodynamics; navigation, guidance, and control; and thermal protection technologies.

A three-stage booster system launched the AHW glide vehicle and successfully deployed it on the desired flight trajectory. The vehicle flew a non-ballistic glide trajectory at hypersonic speed to the planned impact location at the Reagan Test Site. Space, air, sea, and ground platforms collected vehicle performance data during all phases of flight. The data collected will be used by the Department of Defense to model and develop future hypersonic boost-glide capabilities.

The AHW program is managed and executed by the U.S. Army Space and Missile Defense Command/Army Forces Strategic Command program office in Huntsville, Ala. The booster system and glide vehicle were developed by Sandia National Laboratories, Albuquerque, N.M. and the thermal protection system by the U.S. Army Aviation and Missile Research Development and Engineering Center, Huntsville, Ala.

The Department of Defense is using AHW to develop and demonstrate technologies for Conventional Prompt Global Strike (CPGS). As part of the CPGS effort, the Defense Advanced Research Projects Agency conducted boost-glide flight tests in April 2010 and August 2011, results from which were used in planning the AHW flight test” (source DOD new release: http://www.defense.gov/releases/release.aspx?releaseid=14920).