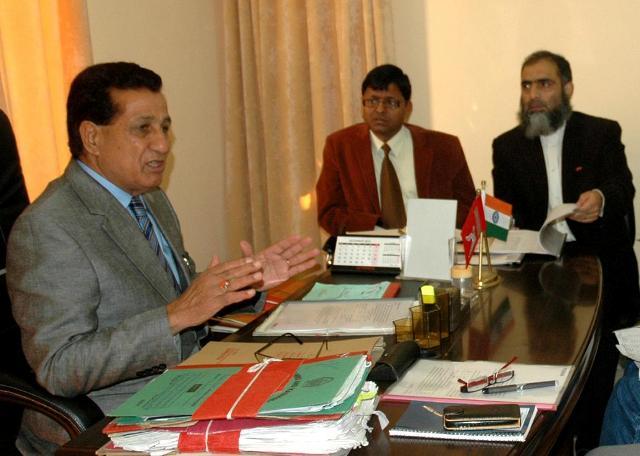 New Polytechnics, ITIs being to be opened State:  Chib

, February 24 (Scoop News) –  Minister for Technical Education, Youth Services and Sports Prof. R. S. Chib today said that the Government was working on a mega proposal envisaging opening of and Industrial Training Institutes in every nook and corner of the State to universalize vocational education among the youth.

He said that land for construction of these Polytechnic colleges has been identified and construction work is being started shortly. He directed the officers to formulate the detailed project reports for the purpose so that the executing agencies are in a position to take up the work in hand as soon as possible.

The meeting discussed threadbare the measures to be adopted for giving fillip to the working of the technical education department so that the student community is benefitted by the schemes launched by the Central and State Governments.

About the issue of the functioning of new Polytechnics opened in uncovered areas, the meeting was informed that the Centre has been approached to allow State government to run these Institutes in rented accommodations  till the construction of the buildings .