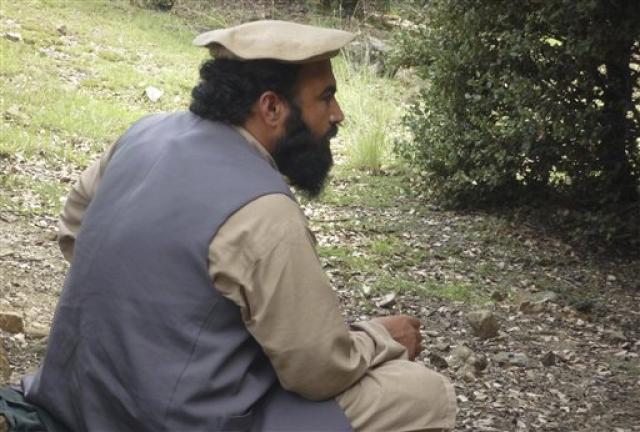 At last Tehrik e Taliban has confirmed about death of Baitullah Mahsud and about their new Amir. TTP announcement has also cleared the fog which was surrounding TTP and creating confusions and conspiracy theories about Taliban in fighting’s. But again I am confused that Instead of Omer Khattab, the newly appointed media face of TTP, Wali Ur Rehman and Hakeem Ullah Mahsud broke the news of the power sharing and selection of New Amir of TTP and Mahsuds.

According to very reliable sources, there was a dispute amongst Taliban over the succession of Baitullah Mahsud. But due to intervention of elders and Al Qaied it never reached the point of armed confrontation between two key contenders. Taliban elders wanted to see Wali Ur Rehman as new Amir due to his education and his cool minded and Balance approach but , Hakeem Ullah who is Nephew of Baitullah Mahsud and Cousin  of  Qari Hussein( Some Sources believe QARI HUSSAIN IS IMPORTANT REPRESENTATIVE OF AL QAEDA IN TRIBAL AREAS) was supported by Al Qaeda and in the end Al Qaeda’s support played decisive role and Hakeem Ullah was chosen and Wali Ur Rehman forced to accept Leader Ship of Mahsuds and SWA.

According to Reports Al Qaeda’s influence on selection of new Amir has also taken a toll. Two important allies of TTP in South Waziristan Agency have switched sides and have joined anti Hakeem Ullah side. These include    Azmatullah Shaheen group and Awal Khan Bhitani group. Both Azmatullah Shaheen and Awal Khan were right hand people of Baitullah Mahsud but the way during the selection of New Amir they were treated they separated them selves from TTP and joined forces of Their tribesman Turkistan Bhitani.

Hakeem ullah Mahsud is Nephew of Baitullah Mahsud and cousin of Qari Hussein (father of Suicide Bombings in ). His original Name is Jamsheid Mahsud  who opted Zulifqar Mahsud as his name when he was made Spokes man of Taliban and latter opted Hakeem ullah Mahsud  when became operational in charge of TTP in Khyber, Aurak zai and Kurram agencies  Hakeem ullah is in early  30’ and is seen as emotional commander who some times can act very cheap. He is seen as anti Shia sectarian minded commander which may be due to him under the influence of Qari Hussein. According to express news, Hakeem Ullah Mahsud has not much into religion. He is more criminal then Taliban. Al Qaeda’s support to him is largely due to his hate for Shia’s and his ability to plan and exhibit military genius in operations. Hakeem ullah’s support Base is not in SWA, His actual support comes from Aurak Zai agency and Kurram.  Hakeem ullah is a cruel ruthless man and it’s expected that his policy will focus on anti Shia activities and crimes like robbery, drug trafficking etc. Sectarian violence will increase in , especially in NWFP.

Hakeem Ullah has wowed to take revenge of Drone Attack which killed his uncle Baitullah Mahsud. He may create some troubles for Americans. I don’t think he will launch operations in area.

I think Al Qaeda don’t have interest in Afghanistan any more and is trying to concentrate in  Pakistan that is why  Hakeem ullah’s concentration( he has full support of AL Qaeda) will be to fight Pakistani government and forces. I also believe that his emotionalism and cheapness of Character will in coming month result his fall and he will not survive more then 6 months to year.

On other Hand Wali Ur Rehman who has support in and is known to be as educated and cool minded person have become Amir of Mahsuds and SWA. Wali Ur Rehman will be commanding Mahsuds who are real power of TTP.  I believe in coming days Hakeem Ullah and Wali Ur Rehman are bound to fight because ultimately Hakeem ullah’s Criminal aptitude will damage the movement resulting in end of Support in tribal areas and ideological Taliban revolting against him and coming under Wali Ur Rehman camp.

Baitullah Mahsud is dead which means TTP’s center of Gravity has broken. Al though TTP has not disintegrated but now it has many Commanders who think they are better then Amir. It will be an impossible challenge for Hakeem Ullah to hold united TTP from Malakand to SWA. I think TTP has become hollow and its matter of Time it will completely fall.