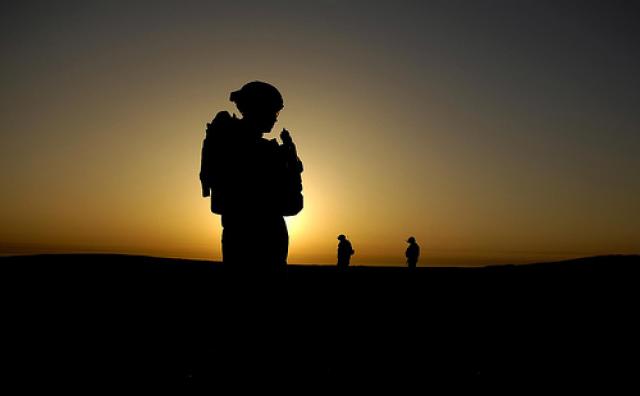 Rights advocate speaks of an "extraordinarily brutal campaign", saying hundreds may have been killed in last few months.

Iraqi gays are being targeted and killed in what rights campaigners say is some of the worst violence against the community in recent years.

At least 68 gay and transgendered men have been killed over the last four months, according to the London-based rights advocacy group Iraqi LGBT (lesbian, gay, bisexual, transgender), bringing the total number of killings of Iraqis because of their sexuality to 678 since 2004.

New York-based Human Rights Watch, which recently conducted field investigations on the violence, estimates that hundreds of homosexual men may have been killed in recent months.

"I am so afraid that I will be killed," said Samir, a 20-year-old gay Baghdad resident, who preferred not to give his surname.

"People do not understand that I have been created like this. Those who claim to be religious are disgusted by me."

Effeminate men are being targeted whether or not they are gay, but transgender men, particularly those taking hormones, face the most danger, said Ali Hili, Iraqi LGBT chair.

Iraqi LGBT and HRW believe that Shia militias are the primary perpetrators of the violence and say the majority of killings have occurred in Shia areas in south/central Iraq (including the towns of Ammarah, Najaf, Karbala and Basra) and Baghdad’s Sadr City district, the stronghold of the Shia cleric Muqtada al-Sadr’s Mehdi Army.

This is based in part on reports of harassment and torture by Shia militias from victims who survived attacks.

“Sadr City was one of the areas where a lot of the killings appeared to be taking place … We talked to people in hospitals and morgues where bodies were coming in. Live victims were coming in with things like their anuses being filled with glue,” Long said.

Hili said names of individuals "wanted" for homosexuality have been posted in Shia neighbourhoods.

“Shia militias are … [conducting] a killing, harassment…campaign against [lesbian, gay, bisexual and transgender] people in Iraq. They quite clearly have a specific target and tend toward sexual cleansing in Iraq,” he said.

While no group has said it’s behind the killings, Iraqi LGBT and HRW believe that elements of the Mehdi Army may be among the militants implicated in the violence, particularly in Sadr City.

But both activists caution that it is difficult to know which militia is responsible for what in Iraq as most don’t admit to crimes they’ve committed. It’s "always difficult to pin down exact accountability of militias in Iraq”, Long said.

Nonetheless, Long suggested that some members of Mehdi Army were trying to act as "agents of moral regeneration" in an attempt to regain some control over Shia neighbourhoods, following massive military operations that weakened the militia.

"My sense is that they probably initiated the campaign [of violence] because the Mehdi Army was trying to come back," he said.

“It is pretty clear that sermons started being preached in Shia mosques, particularly ones in areas that are heavily influenced by the Sadrists earlier this year, on the dangers of homosexuality [in the weeks prior to the wave of killings].”

Jasim al-Jabiri, a Mehdi Army leader in Sadr City, denied that the militia has played any party in the killing homosexuals in the district.

"The tribes to which the gays belonged killed them,” he said. “They consider them a shame on [the tribe].

“The Iraqi community rejects [gays] as disgusting and despicable."

And Sheikh Sayid al-Battat, a Sadr loyalist, said the perpetrators of crimes against homosexuals should be brought to justice.

"No party, whoever it might be, is above the law," Battat said. "Anyone proven guilty will be punished by Iraqi legislation and laws."

He has launched a youth-targeted religious morality campaign to discourage "depravity", including homosexuality. Battat said that clerics deem homosexuality "a deviation from religious laws and will stand against it through preaching and guidance".

Iraqi LGBT and HRW also suspect police officers may be involved in the violence. They say some victims who survived torture or beatings reported their assailants were wearing uniforms. One said he was taken to an interior ministry building in Baghdad earlier this year, Long said.

Hili said his organisation receives reports of policemen arresting gays and handing them over to militias. “I think we’ve become a main target for extremist militias and even the Iraqi police,” he said.

"The police have nothing to do with these killings,” he said. “The police are launching an investigation to find the killers."

Currently, the interior ministry is only probing the murders of six homosexuals who were killed in Sadr City in April, but has not made any arrests. Khalaf said the ministry had no information about additional cases in which gays have been targeted.

Meanwhile, many gays in Baghdad are changing their appearance to make them less of a target. Fitted jeans and t-shirts have been replaced with baggier clothing. Hairdressers who cater for a gay clientele say customers who typically wore their hair longer are now requesting more masculine closely-cropped styles.

Some gays are even carrying guns for self-defence.

The United States early last month condemned anti-homosexual attacks and said the US embassy is raising the issue with senior Iraqi officials.

A number of local politicians have also spoken out against the killings. Rasheed Ismail, a representative of the Iraqi Communist party in Baghdad, called for protective legislation.

"Gays are not a huge population in Iraq, so why are they being killed and having their rights trampled on?" he asked.

Rights advocates see a bleak future for Iraqi gays, arguing that those under threat need to be granted asylum in western countries. Neighbouring states are not good options because they also persecute homosexuals, Long said.