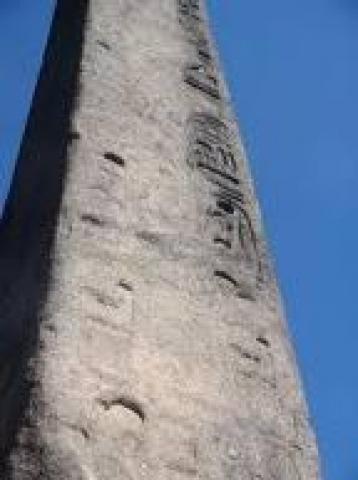 Dr. Zahi Hawass, Egypt’s Secretary General of the Supreme Council of Antiquities, wrote to Mayor Bloomberg demanding that the City of New York take better care of the obelisk behind the Metropolitan Museum of Art in Central Park.   Dr. Hawass threaten to move the obelisk back to Egypt if New York City continues its negligent treatment of this priceless artifact, though the cost of such a move would be substantial.

This author posted the same request to Mayor Bloomberg on GroundReport on October 22, 2009 and sent that posting to the Mayor’s Office which did not reply.

My suggestion was to move the obelisk inside the Metropolitan Museum so that it would be protected from the elements and more accessible to the public.  That makes a lot more sense than moving it back to Egypt.

The oldest and most valuable artifact in New York stands in Central Park.  It is the obelisk of Thutmosis III, sculpted around 1450 BC.  It is one of only 29 obelisks ever made by the ancient Egyptians.  The obelisk represents the pinnacle of Egyptian technology.  In the case of the Central Park needle, it is a perfectly formed single block of pink granite, 68 feet tall weighing 180 tons.  Its identical twin stands in London near the Victoria Bridge.   It is said that Thutmosis dispatched 120,000 workers to make his twin obelisks.  He had them covered in a silver and gold alloy to reflect the sun and his glory.  Later, Ramses II removed the shiny metal sheathing and inscribed the obelisk with his military exploits.

The obelisk was gifted to the United States in 1879 by the Khedive of Egypt as a gesture of friendship and to promote trade.  It was brought to America by William Henry Vanderbilt, the richest man in the world at that time.  It is not clear who owns the obelisk — the Federal Government, the City of New York or the Central Park Conservatory.

Sited a block away from the Metropolitan Museum of Art on a hill next to Central Park Drive, this magnificent artifact is rarely visited.  In comparison to the Met, which is mobbed in good weather and bad, the obelisk stands largely unnoticed by the joggers and bikers rounding the park.  It is very difficult for a visitor to the Met to exit the museum to view the obelisk.   More concerning, the obelisk has been and continues to be damaged by New York City’s harsh weather and the corrosive effects of its pollution.

Mayor Bloomberg needs to take a personal interest in the fate of this priceless work of art, just like he did when he backed and promoted Christo/Jean-Claude’s project in Central Park, The Gates.  The obelisk should be moved into the Metropolitan Museum, in a special building near the Temple of Dendur and protected from the elements.  By putting it inside the Met, it would be viewed and admired by 100’s of thousands, instead of hundreds.    Mr. Bloomberg has the money to make this happen and it would be a fitting legacy for a great Mayor of New York.