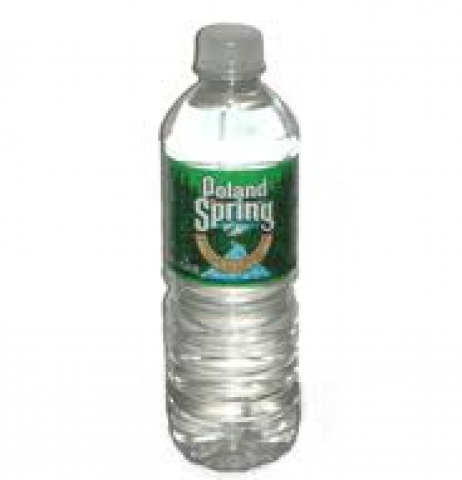 Just when we thought that terrorism had been brought to bay. Just when the world felt safe with Osama cornered and assassinated in his bedroom. Just when General Petraeus had the Taliban on the run, along comes another insidious attack on our government.

This threat started with a whimper, a barely audible creak. Slipped noiselessly into the 2009-10 NYS budget as a slight-of-hand revenue item, the five cent deposit on plastic water bottles became law on June 1, 2009. This stealth tax was greeted with applause by the good-hearted environmentalists from NYPIRG.  Perhaps a five cent deposit would show the consuming masses the error of their ways; perhaps the planet won’t be transformed into a huge receptacle of Poland Spring bottles and caps.

Prior to the expansion of the “Returnable Beverage Container Act”, the beverage companies were allowed to keep unclaimed deposits. This boon was granted as an offset for the cost of administering refunds and purchasing recycling machines. After the expansion of the Act, NYS is entitled to keep 80% of the unclaimed deposits. In 2010, NYS collected $120 million from unwitting taxpayers or just plain lazy consumers via unclaimed bottle deposits – that’s 2.4 billion bottles.

But the legislature had overlooked the most basic tenet of neo-classical economics – economic behavior changes at the margin. Prior to the expansion, the RBCA only applied to soda pop and beer. Most people don’t consume many of these ‘status’ beverages that can cost more than $1.00 at a deli, so the 5 cent deposit didn’t affect their pocket books on the margin. But with the expansion of the law to the most basic food group, bottled water, something that every suburbanite (and Frenchman) needs multiple times a day just to survive, behavior changed. Bottled water at Costco can cost as little as 11 cents per bottle, so the deposit tax represented a 45% price increase. [Surprisingly, bottle deposits are not factored in the Bureau of Labor Statistics basket of goods and services for determining inflation]. This massive price/tax increase came in the midst of the Great Recession shocking the consuming masses out of their stupor and sowing the seeds of resistance.

Just like the Tunisian Revolution was started by a single slap, the seemingly innocuous bottle deposit law started spreading ripples of civil disobedience throughout New York State. The first inklings were sporadic arrests of garbage pickers. People with wheelbarrows and carts were seen fishing water bottles out of bins on recycling day. Reported by vigilantes, these scofflaws were charged with stealing State property because “empty bottles carrying deposits become the property of New York State under RBCA once they have left private property and are in the right-of-way for collection. For the elimination of doubt, other government jurisdictions such as school districts, villages, towns and county are not allowed to seize the deposits; they are the property of New York State once they enter the recycling stream. ” Many of the arrested refused to pay their fines or appear in court and now are fugitives from the law; most got a lenient hearing by the overburden judiciary branch that doesn’t have the time or resources for such trifles.

Things started really heating up this Spring. The NYS legislature was shocked to learn that bottle deposit ‘recoveries’ were 30% below forecast, representing a $30 million hit to the budget. People were defying the stealth tax by actually returning their water bottles for a nickel; 600,000,000 bottles to be exact. Behavior was being influenced at the margin; a nickel tax on 11 cents of water was the psychological tipping point for many people. Don’t get me wrong, I don’t think that returning bottles for a nickel is rational. In fact, I rue the 312,500 eight-hour days of labor that New Yorkers wasted denying their government this stealth tax inserting dirty old bottles into filthy machines.

In an effort to stop the widespread defiance, NYS decided to follow the money and nip this revolution in the bud, at the cash register. The first checkout girl to be snared was at the Stop & Shop in April. A girl named Christina was caught refunding $18 of bottle deposit coupons to a single customer on a single trip to the supermarket. The store manager was summoned when her IBM cash registered locked up and started beeping. Alyssa had exceeded the “return limit of $12 per visit to an authorized deposit refund outlet”.

The man was outraged, “That’s my money. I earned it by putting 360 water bottles in that smelly machine. ” Some of the other patrons whispered, “Is everything okay at home? 360 water bottles; someone has drinking problem.” Other customers put down their unpaid tabloids and barked their outrage. “Give the guy his $6. I am missing the singing competition.”

The final straw came down from the Department of Labor. Individuals were seen inserting large numbers of bottle in the machines at another Stop & Shop near the Tappan Zee Bridge and inconveniencing other customers. The Labor Department decided to investigate. Turns out these workers – some kids, mainly elderly — were helping their family and friends who didn’t have the time to return their bottles became they needed to make a real living. The labor inspector informed them that the operation had to be shut down because it violated the Minimum Wage Law of $7.25 per hour. To make $7.25 per hour an individual needs to process more than 145 bottles per hour through the machine, which is one every 25 seconds, hard duty even when the machines are empty. Since the machines are only specified to process 120 bottles per hour or two per minute, and designed to clog every fifteen minutes, the simple act of returning the bottles violated Labor Law. Thankfully the perpetrators were not arrested and the labor inspectors went to a nice lunch. The next day the operation was back with the support of the community and the shopping cart rustler.

Some of these Poland Spring tax dodgers were seen later in the day buying $12 of powdered milk for their babies.

Such are the nuisance taxes that bring great empires to their knees — as well as unaffordable pensions. New York State is the Empire State, after all