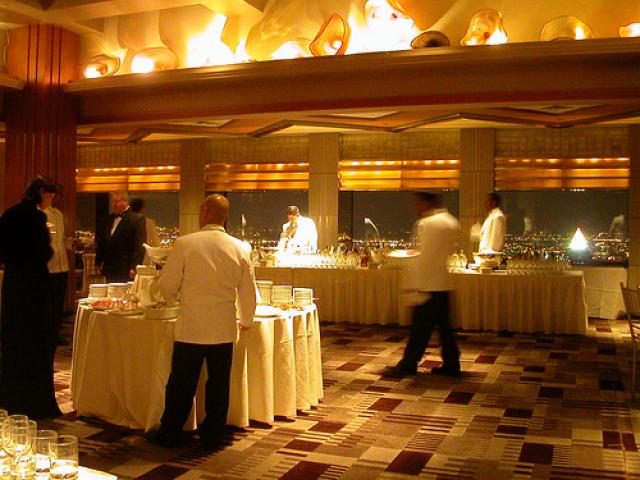 One of New York’s famous restaurants is closing shop on January 12 after operating for nearly 80 years. The popular high-end restaurant opened in 1934 during the great depression. It is located above NBC Studios at Rockefeller Center.

‘With business slowing and an ongoing lease dispute, the venue’s Italian themed Rainbow Grill Restaurant plans to shutter as of January 12, a spokesman said Saturday. Its bar, banquet space and weekend dinner-dancing sessions that reflect its glamorous history will continue on the 65th floor.

The famous restaurant is operated by the Cipriani restaurant empire. ‘It’s a very difficult decision to make, given the sort of status of Rainbow Room as one of those quote- unquote New York City icons’ said Ben Branham, the restaurant’s spokesman.

About a quarter of the employees will lose their jobs as a result of the closure.

The Cipriani family, which runs a roster of swank spots including Harry’s Bar of Venice, has managed the Rainbow Room since 1998. The Ciprianis asked the City Landmarks Preservation Commission in August to give the Rainbow Room a landmark status, amid negotiations over its lease.

The most probable reason for its closure is the landlord’s plan to raise the rate of rental for the space that was recently appraised as an office space resulting into $8.7 million a year rent which is more than twice the current rate.

Generations of celebrities have performed at the Rainbow Room including Frank Sinatra, Bob Dylan, Rolling Stones and other famous celebrities.