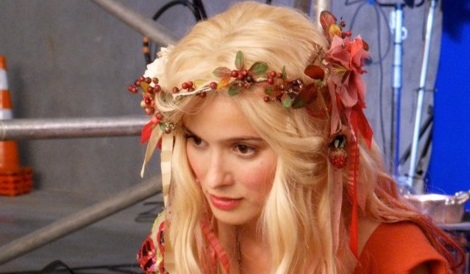 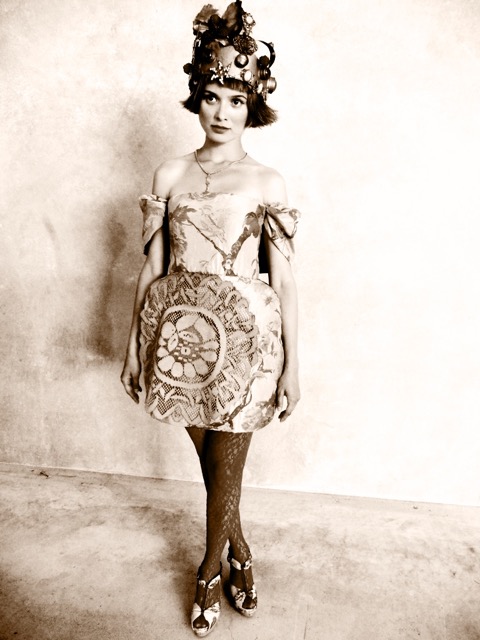 It has often been said that the difference between those who “make it” in life and those who don’t is a result of perseverance. The entertainment world is fickle and waits around for no one. Rejection rules in the industry and taking “no” for answer leads to a short career. If you want it, you have to go after it, whether you are an established professional or not. Model Natalia Gorelova has conducted the path of her career in pursuit of exactly what she wants to achieve. She was discovered by photographer Glen Hunt when she was nineteen and had no aspirations for modeling. In fact, she seemed to be on course to be a professional singer. Creative types seem to transfer their focus to different mediums and Natalia is no different. With her top-quality modeling she has been a part of many successful international campaigns for: Jaguar, Green Giant, Zyrtec, Pavement Magazine, and countless modeling shoots and fashion shows. While she is most often approached by those who have her in mind, she was the pursuer in her involvement with the Austrian brand Darbo. Darbo is a very popular Austrian brand which is known for its high quality as well as very unique TV commercial campaigns. When the Darbo team was looking for their next Darbo girl, they were searching for a long-haired blonde German speaking character. Gorelova explains, “. I knew no German and I had just chopped all of my hair into a very short pixie cut. Yet, when I called my casting director and she sent me the script, I knew that was my part. The magical world of Mother Nature and all the other cute characters all played by one model. Yes, that was definitely my world! I locked myself inside for days to learn the long German (with Austrian accent) monologue.” The result was a highly successful campaign for Darbo and Natalia. She was given a chance to prove that she could do what is required of all models; to become the role. This was achieved by talent, hard work, and a large quantity of determination.

When Gorelova had contacted a casting director about an upcoming audition, the Darbo job was mentioned but it was also discussed that Natalia did not fit the type of model she was looking for; in appearance, background, or even spoken language. When Gorelova heard that the role required playing thirteen different characters of a whimsical/Mother Nature base, she could not get the idea of this opportunity out of her mind. Hearing of her enthusiasm, the director decided to see if Natalia was as committed to the part as the production hoped. Preparing as much as possible, while playing to her strengths, Gorelova recalls, “German isn’t my native language so I figured that I had to spend a lot of time preparing every action so that my character would be fun to watch. I did quite a bit of miming, using the whole room to move; which made sense as the commercial was going to be shot against the green screen and my world was to be created with CGI. That was enough to get me a callback, giving me another week to prepare with a dialect coach. By the time I met with director Tracey Rowe and the Darbo team, I had a solid understanding of how I wanted to play the role. I rehearsed with my dialect coach right before the audition in the next room hitting the mark as I was describing the secret world of Darbo in German. When I got into the audition room, I was ready to play and have fun. The next day I got the phone call to confirm I had the part!”

Being awarded the role meant that Natalia succeeded in taking on a massive amount of work. What she focused on was the incredible opportunity to play so many different roles for one production. She played thirteen different characters including Mother Nature, who was also the narrator. For Mother Nature, Natalia wore a long blonde wig with its ends dyed red to match her long red dress. The dress was adorned with flowers. Gorelova feels that costumes assist her in getting into character, which was key to her varied roles for Darbo. She choreographed her moves to reflect those of a magical fairy. After the Mother Nature scenes, her role switched to portraying the villagers. For each of these characters she adjusted her body movements to give them each a slight differentiation from each other. Some smiled more than others, some were coy, some were a little flirty, and some were silly and playful. Gorleova even switched genders to play male villagers. Donning pantaloons, shirt, hat, and a moustache, while adjusting her body language and facial expressions to reflect a masculine exaggerated version of a villager. She states, “One man was my favorite because he was flirting with my other village character which we put in the scene thanks to CGI. I even played characters from three (non-existing) nations in this fantastical world of Darbo where my costumes were unreal and impossible to describe.”

To compound the difficulties of speaking in another language, with a different accent, and portraying many different characters…the entire production was filmed in a single seventeen-hour day. Tracey Rowe directed the spot and worked closely with Gorelova. Rowe remarks, “I’ve directed a lot of commercials; brands like Kellogg’s Special K, Avon, Nescafe, and Darbo. I often get the opportunity to work with the cream of the crop of models in this field. Natalia is definitely a member of that group. In fact, her film and TV credits include The Most Fun You Can Have Dying which was nominated for best film at the 2012 New Zealand Film and TV Awards…literally proving my statement. Natalia’s incredible contributions as multiple characters allowed us to achieve a commercial so successful and universally appealing that it still airs to this day in Germany and Austria, some six years after it was released.” Gorelova admits that she has received numerous messages from friends in these countries about her “stardom” there due to this campaign. Discussing this fact, she comments, “It’s kind of nice in a way that I haven’t dealt with being recognized for it. It’s wonderful to be appreciated for your work and the fact that people enjoy it but I’m really happy to concentrate on the modeling and not the byproduct of the modeling. I truly love what I do so much and am excited about spending the rest of my life and career growing and taking on new roles that will challenge me just as Darbo did. It’s the best way to grow.” 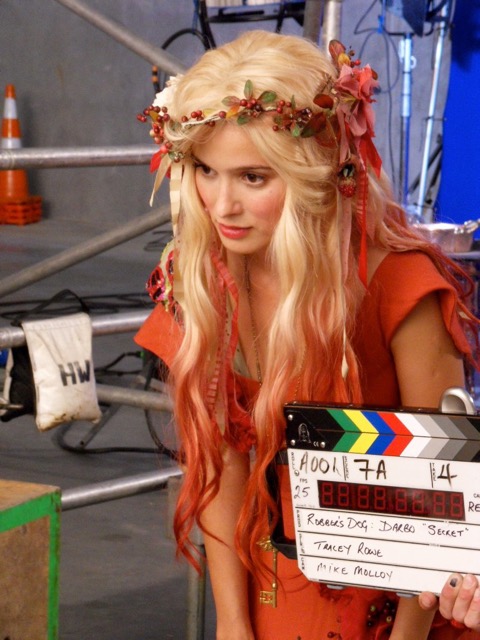 Filed under: Fashion, Lifestyle
Share Tweet Pin G Plus Email
previous article: Improving Safety for Workers in Material Handling Process
next article: Study: Driving while drowsy can be as dangerous as drunk driving