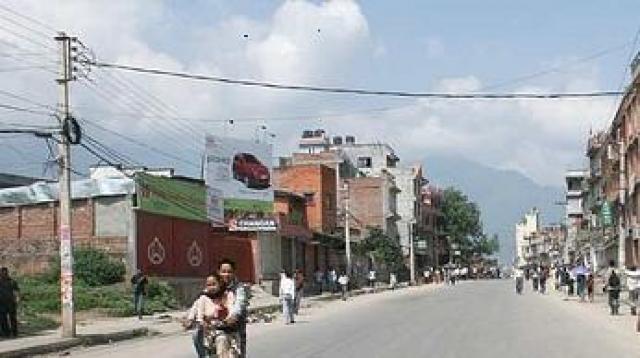 Various Newar groups did jointly call this strike with a demand for autonomy in the Kathmandu valley.

The complete paralysis of the valley transport systems could be seen in the streets, where demonstrators were seen celebrating street silence.

Schools, colleges, and universities have been closed on Monday.
Markets, industries and even government offices have not been able o function due to the strike.

Meanwhile, three professional gangs have reportedly attempted to murder some central level Newar leaders but in vain. Yet, one central Newar leader Surendra Maharjan is said to be injured due to Khukri attack in Kathmandu.

One professional gang on four motorbikes, according to a local Rukesh Maharjan in Lalitpur, had taken out their Khukris and tried to kill pro-strike activists, who escaped towards the Bagmati river bank.

Similarly, another gang on two motorbikes had taken out a shining sword at New Baneswor, according to Anup Chaulagain. But they reportedly ran away when they saw a vehicle of the city police with siren.

No details were available about the gangs.

Filed under: Politics, World
Share Tweet Pin G Plus Email
previous article: When Welfare Moms Reach the End of Eligibility: Able bodies with psychiatric disorders
next article: National Victory Celebrations Over Defeating LTTE Is On This Wednesday At Colombo