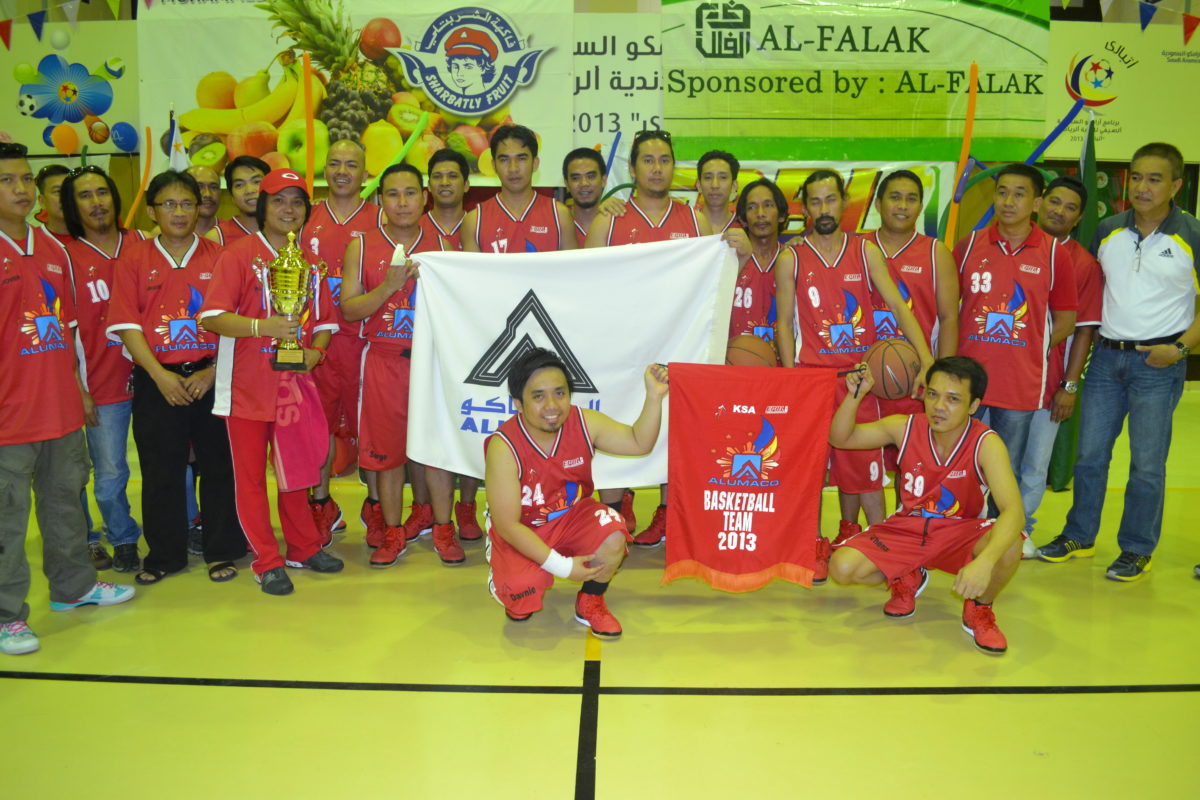 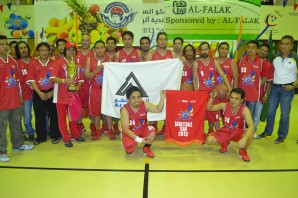 Alumaco receives their trophy for Most Organized Team award

AL-KHOBAR, SAUDI ARABIA – Rookie Bryan Rosales displayed his potent perimeter shooting to lead newcomer Alumaco with 19 points on the way to a 77-63 surprise win over the veteran Nabha Rubber squad in the opening
contest of Eastern Province Basketball League’s second conference this
season.

Rosales waxed hot in the second period and continued his domination in
the third to wear down the helpless Nabha defenders. Forming a twin
tower combo with Jhanrey Raymundo, who himself chipped in 12 points,
the duo erected a formidable perimeter defense forcing the Nabha five
to shoot from long range.

Frederick Dumas tried to ignite a rally with back-to-back triples
midway into the third period and again at the start of the fourth but
was immediately put off each time by the scrambling defense of guards
Emmanuel Jaradal and Victor Alano. Jaradal finished with 17 markers
and 11 assists while Dumas led Nabha with 15 points.

“We knew the caliber of competition in EPBL that’s why we prepared
long and hard for this tournament”, said team manager Alex Mejia whose team also took the “Most Organized Team” award during the opening ceremonies.

“I hope we continue to have a good showing in our first year”, Alumaco’s sponsor Marlon Gargar added.