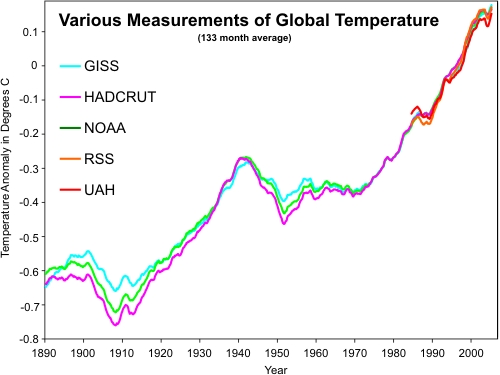 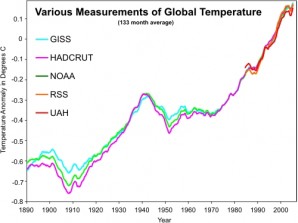 I often enjoy sparring with my political adversaries on social media sites. It can be a fun way to pass the time while developing story ideas. I like reading and listening to the opinions of people I disagree with. I want to know their talking points.

Most folks might think I’m crazy to debate right-wingers who seem to have a complete disconnect from reality. But, I think it is important to try to understand, or at least know, what Teabaggers, Libertarians, and religious ideologues believe.

Today I start a new series I’m calling “News Flash”. The idea behind this series is to explain, in a brief article, why right-wing (and sometimes left-wing) talking points are wrong and provide my readers with links that will help them counter extremist propaganda, or at least their friends and family.

Today’s talking point is one I have read and heard recently a lot. In fact, a couple days ago, I heard Senator Ted Cruz spew out this easily debunked myth. In an interview on the Seth Meyers show, Cruz asks, “you remember how it used to be called global warming, and then magically the theory changed to climate change?

News Flash, There is No Magic Here Ted Cruz! I’ve read and heard this falsehood no less than a dozen times last year on different social media and right-wing media sites and the fact is they are all wrong. Scientists, environmentalists, and science writers are not “no longer using the words global warming”, as one friend of mine put it. That is simply not true.

Here is a link to a site called Skepticalscience.com. This site is managed by a large team of scientists from around the world. They have put together a list of 178 (and growing) global warming denier myths. Scroll down to number 88 and you will find climate myth labeled “They changed the name from ‘global warming’ to ‘climate change”.

Here is a link to climate myth number 88. Now here is a quote from the article that gets down to the basic facts:

“The argument “they changed the name” suggests that the term ‘global warming’ was previously the norm, and the widespread use of the term ‘climate change’ is now. However, this is simply untrue. For example, a seminal climate science work is Gilbert Plass’ 1956 study ‘The Carbon Dioxide Theory of Climatic Change’ (which coincidentally estimated the climate sensitivity to a doubling of atmospheric carbon dioxide at 3.6°C, not far off from today’s widely accepted most likely value of 3°C). Barrett and Gast published a letter in Science in 1971 entitled simply ‘Climate Change’. The journal ‘Climatic Change’was created in 1977 (and is still published today). The IPCC was formed in 1988, and of course the ‘CC’ is ‘climate change’, not ‘global warming’. There are many, many other examples of the use of the term ‘climate change’ many decades ago. There is nothing new whatsoever about the usage of the term.

In fact, according to Google Books, the usage of both terms in books published in the United States has increased at similar rates over the past 40 years. And a Google Scholar search reveals that the term ‘climate change’ was in use before the term ‘global warming’, and has always been the more commonly-used term in scientific literature.”

But if, like Senator Cruz, your friends believe there is not enough science or not an agreement that global warming is man made you may consider directing them to this article at Weather.com.

The article reports on a study by James Powell, a retired geology professor who served on the National Science Board, appointed by Presidents Ronald Reagan and George H.W. Bush. Powell searched the internet using Web of Science virtually every peer-reviewed scientific literature using the terms “global warming” and “climate change”.

Powell conducted the search using the Web of Science, an online database of the peer-reviewed scientific literature on virtually any topic. Plugging in terms like “global warming” and “global climate change,” he first searched all the way back to 1991.

According to the article, “The tally for that search: Nearly 14,000 papers that supported human causes behind global warming (chiefly from burning fossil fuels over the past century), and just 24 that rejected human causes.”

Powell stated in a weather.com interview, “If scientists allegedly disagree about it … then we should find the evidence for it in the peer-reviewed literature,” he explained. “It’s a little bit like what people say in a courtroom: You can say anything that you can get away with, but when it comes right down to it what really counts is the evidence.”

News Flash to Global Warming Deniers: “They are still calling it “global warming” and “climate change”. In fact, the term “climate change” came first. Additionally, an overwhelming science and peer-reviewed scientific literature agree the planet is still warming and collectively we are all at fault.

Filed under: News, Politics
Share Tweet Pin G Plus Email
previous article: “No Child Left Behind” would not be Supported by Early Educational Pioneers or Einstein
next article: KASHMIR’S MISFORTUNE