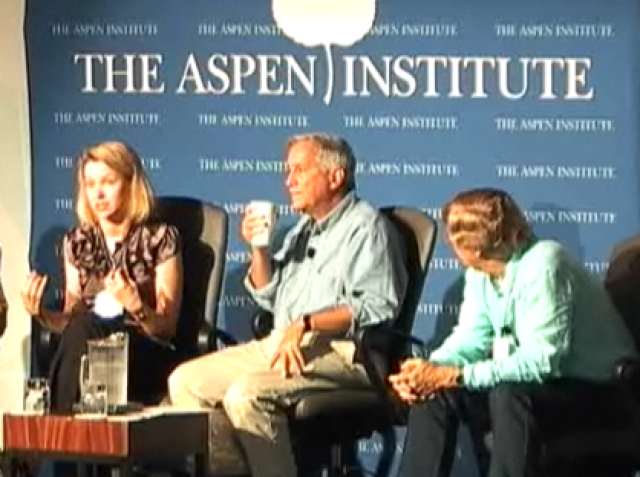 Is American journalism in peril?

On August 16, leaders of the nation’s most prominent media organizations will discuss the future of their profession in the leafy environs of Aspen, Colorado. The topic is a tortuous one: how to fund responsible, public-serving journalism as media models crumble in the face of dwindling advertising and classified dollars, increased competition and changing audience behavior.

Collectively, the participants at this year’s forum represent thousands of newspapers, radio stations and television channels–meaning the corridor conversations at the conference could translate to sweeping strategic changes in American media.

Part of the Aspen Institute Forum on Communications and Society program helmed by Charlie Firestone, citizen journalism platform GroundReport will produce the live broadcast for the third consecutive year, powered by Livestream, at http://aspeninstitute.tv.

Watch the event live August 17-19 starting at 10:45 AM EST every morning at http://aspeninstitute.tv. Tune in for live chat and daily coverage via GroundReport and Twitter.