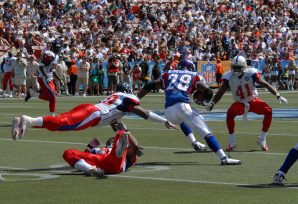 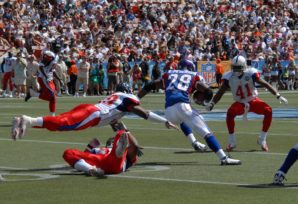 There’s still seven months remaining for NFL fans to bask in the glory of Super Bowl LI. In what turned out to be one of the most exciting Super Bowls of all-time, the New England Patriots roared back from a 28-3 deficit midway through the third quarter to win the game 34-28 in the first overtime game in Super Bowl history. Congratulations to all the bettors who chose the Patriots and/or the over.

It won’t be long before future odds are being posted for the 2017 NFL season. There’s also a lot of online bookmakers and handicappers that will be busy in the coming months, trying to come up with NFL betting tips for next season.

Where to Start Looking to Make Predictions?

Without much effort, you should be able to start looking through the stats from 2016 and easily identify which tipping services and/or tipsters had the most success over the past three years. The best free NFL betting tips are likely to come from the same group of tipsters that have been having success in recent years. If you start locating them now, you might find they provide excellent information for other American sports like the NBA, MLB and college basketball. The point is it’s never too early to start building a relationship with tipsters, tipping services and/or online bookmakers.

Taking Advantage of Betting Tips on the NFL

The point spreads in the NFL are generally tight and usually on target. It takes an astute handicapper to be able to hit that magical 60% strike rate and beat the bookies on a regular basis. If you have heard of any such tipsters over the past two or three NFL seasons, you might want to think about aligning yourself with them in the offseason so you’ll be ready to start firing as early as the preseason. In fact, it’s possible that some of the more astute tipping services and touts will be putting out their best free NFL betting tips on which teams will be expected to make a serious run at next year’s Super Bowl.

In recent years, online bookmakers have been posting early lines on week 1 of the NFL season. If you can get access to some early NFL betting tips for next season, now might be a great time to start putting down some action on the board.

With the future book odds already posted for next year’s Super Bowl, let’s take a look and a couple of angles that might point out a winner at a nice price. While the Patriots will go into the season as defending champs, it’s looking like they might be ready for father time to take over.

After a fine regular season led by Rookie of the Year Ezekiel Elliott, who accounted for almost 2,000 yards of total offense with 16 TDs, the Cowboys will be looking to plug some holes on defense during the offseason. With the right trade/draft choice, this team would be poised to again dominate the regular season on the way to a very likely Super Bowl victory at very attractive odds.

At late season injury to QB David Carr cost the Raiders all the momentum they had been building up for the playoffs. They made great strides from the 2015 season and another step forward would make them the class of the AFC. They too will need to shore up a defense that gave opponents over 353 year per game, which put the team towards the bottom of the rankings for total defense.