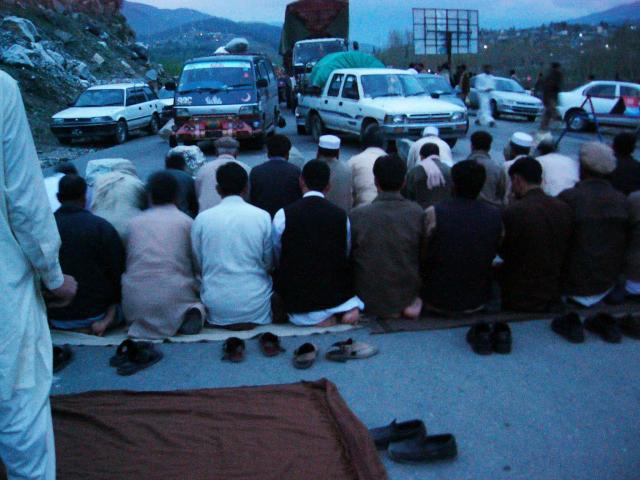 Services of NHA hailed for shifting Chitrali passengers inside the tunnel.

CHITRAL: As the main Peshawar road have been blocked for all type of vehicular traffic since December, 2008 after heavy snowfall and the people of Chitral facing to travel via Kunar Afghanistan but government officials especially military personals are not allow to travel via Afghanistan to Peshawar. They have to wait for PIA scheduled flights subject to weather condition but unfortunately it also canceling for weeks due to bad and disturb weather. The last option is to cross the snowbound Lawaro top by feet which is a risky journey and every year numbers of pedestals are dying when they trying to cross it by feet.  Although excavation of Lawari  tunnel have been completed in Jan, of this year but the National Highway  Authority (NHA) is likely to install rail track inside the tunnel for rail tunnel. Hence it will take an other year for completing rail tracking but the people of Chitral are compelled to cross the killer top by feet covered by heavy snowfall having the altitude of 10500 feet from sea level. Hence during closing period of Lawari top NHA officials facilitating aged people, children, ill and patients to travel through (inside) the tunnel after getting a gate pass by Sambu Korean company. These people approach to Assistant Directors at Dir and Chitral for approval and to get a gate pass. Social and political circle of Chitral have highly lauded services of NHA officials for supporting helpless people to travel inside the tunnel hence they have appeal President and Premier of Pakistan as well as Federal Minister of Communication and Chairman NHA to convert the designing of rail tunnel into a road tunnel to solve the problem permanently. They also proposed to invest the remaining amount in hydro power station for generating electricity.

Meanwhile  work in progress of clearing snow from the top of Lawari pass  from Dir and Chitral side and it is expected that Lawari top would be opened for vehicular traffic this week if the weather remained pleasant an official of NHA said to this scribe.