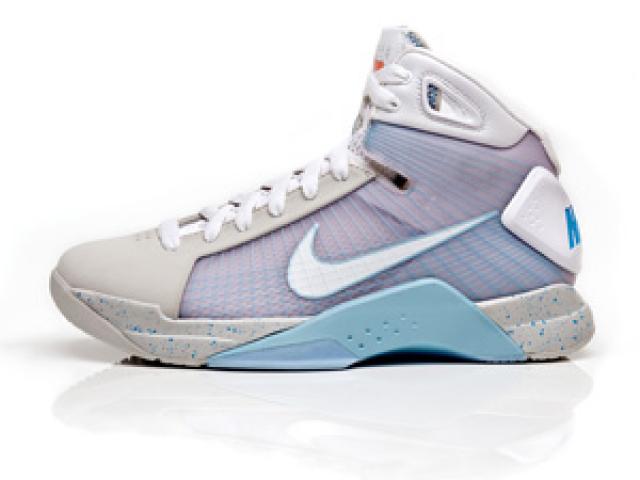 Almost twenty years after the release of Back to the Future II, Nike has released the futuristic Air McFly sneakers worn by Michael J. Fox in the roll of Marty McFly.

Nike actually calls the shoes the Hyperdunks because of copyright issues, but the shoe is remarkably similar to the shoes worn by Fox in the year 2015. Unfortunately Nike’s Air McFlies won’t include the automatic lacing device present in the movie. Sources say that Nike will only make about 1,000 pairs and less than half will be available in the U.S.