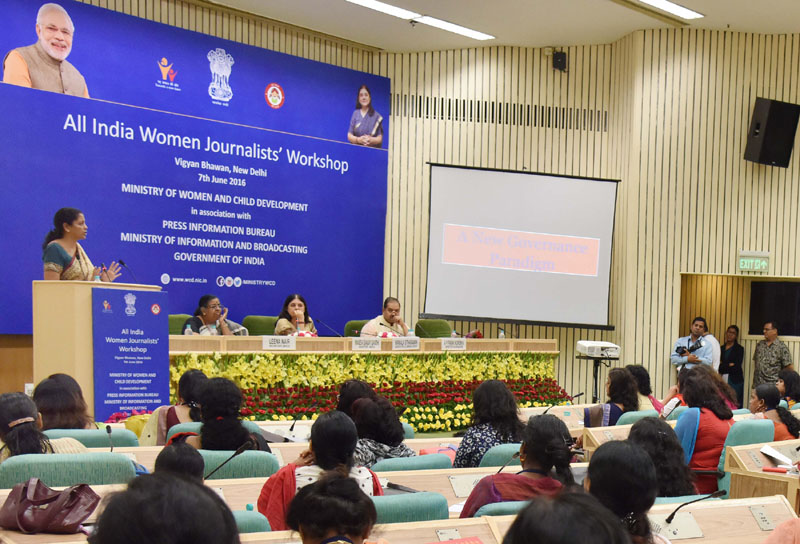 New Delhi (PIB-GR-TYP-BIN): Minister of State for Commerce & Industry, Mrs. Nirmala Sitharaman made a presentation in the second half, covering the achievements and new initiatives of the government during the last two years during her address in ‘All India Women Journalists’ Workshop’ held on June 7. The women journalists highlighted various issues affecting the common man, during their interaction with the Commerce Minister.

Secretary, WCD Ms. Leena Nair briefed the journalists about the history of the WCD Ministry, the scope of work of the Ministry and some of the key initiatives taken up recently.

Over 250 women journalists from print, electronic and online media across the country including small and regional media organizations participated in the conference.