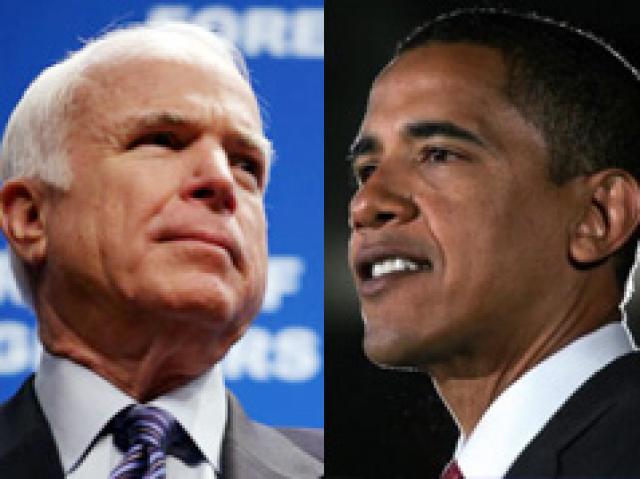 Senators Barack Obama and John McCain faced off today at the first Presidential Debate in Oxford, Mississippi, with both sides claiming victory.

Team McCain felt that their candidate displayed "a mastery on national security issues" while Obama’s aides said he "passed with flying colours".

Meanwhile, CBS News found that 39% viewers polled gave Obama a  victory, 25%  felt John McCain won, and 36% thought it was even.

Both senators had reiterated many of their salient points during the debate: McCain questioned Obama’s experience while the latter criticised the former’s bad judgement.

He also said: "Incredibly, incredibly Sen. Obama didn’t go to Iraq for 900 days and never asked for a meeting with Gen. [David] Petraeus."

Obama also accused McCain of poor judgement for his support of Iraq’s invasion, saying it was "wrong".

McCain said that Obama refuses to acknowledge the surge’s success.

Obama tried to paint McCain as a supporter of Bush’s policies, saying that the current economic instability is the "final verdict on eight years of failed economic policies promoted by George Bush, supported by Sen. McCain."

McCain tried to distance himself from the President.

"I have opposed the president on spending, on climate change, on torture of prisoners, on Guantanamo Bay, on the way that the Iraq war was conducted," he said.

"I have a long record and the American people know me very well… a maverick of the Senate."

Both sides agree though that the US cannot "tolerate a nuclear Iran", but differ on their approach to the country.

McCain rallied for a "league of democracies" to unite against the country with sanctions and other pressures, criticisng Obama’s previous comments about his willingness to speak to any Iranian leader unconditionally.

Obama responded by saying that as President, he reserves the right to "meet with anybody at a time and place of my choosing if I think it’s going to keep America safe".

Filed under: Politics, US
Share Tweet Pin G Plus Email
previous article: Hari Putter Is Not Harry Potter
next article: “Greater Autonomy is the only answer to problems in Hills” CPIM