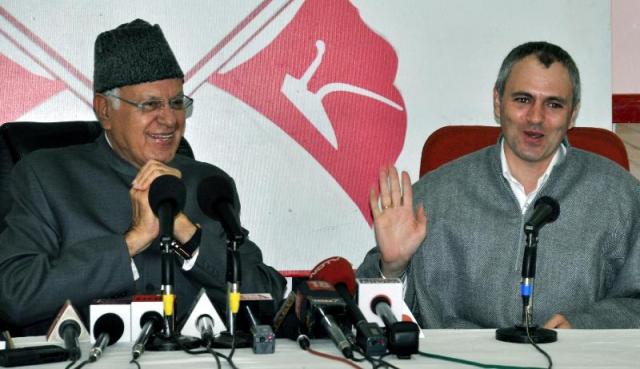 Jammu, February 19 (Scoop News) – Chief Minister Omar Abdullah Saturday said that there are no differences in the thought process between the Central and the State government on the issue of reviewing of the implementation of AFSPA/ Disturbed Areas Act (DAA) in certain parts of Jammu & Kashmir where the incidents of militancy have considerably reduced.

“In fact the two committees of the Unified Headquarters constituted to look into the issue and identify the areas for this purpose are working in complete conformity with the recommendations made by the Union Cabinet Committee on security” he said adding that the State Government wants to move forward in this matter inconsonance with  the Union government.

Chief Minister said I am thankful to the Prime Minister, UPA Chairperson, Home Minister and Defense Minister for their fullest support to his government on the issue of gradual easing of provisions of AFSPA in the areas where there is no requirement of such powers.  “We are very keen to roll back the Disturbed Areas Act in the areas where it is not required”, he said adding that the Center and State Governments are reading from the same page in this regard.   However, he asserted “changes to the provisions of the act cannot be done without thorough examination and due preparations”.

Addressing a media conference along with President National Conference and Union Minister for New & renewable Energy Dr. Farooq Abdullah here after conclusion of the J&K National Conference Central Working Committee meeting, the Chief Minister said that State cabinet has given its approval to the Panchayat elections in the State after giving due consideration to the recommendations of  Cabinet sub-committee constituted to look into the issue of 73rd amendment of the Panchayat Act vis-à-vis the State Panchayat Act.

On the question of nomination of Chairman to the District Board, the Chief Minister said that Chairman for District Board will be nominated by the  state government in order to ensure  better implementation of State Plan Allocations, monitoring of expenditures and to oversee execution of state and centrally sponsored schemes in the districts. “The Vice-Chairman will be elected through the three tier Panchayat Raj and will be empowered to look after the interests of the people of the district”, he added.

In reply to a question on alleged land grabbing,  the Chief Minister said that the government has taken due note of the report  and he has given categorical directions to the vigilance organization to book any one whosoever he may be if  the evidence against him is sound and solid.

In reply to another question, Chief Minister said that the people of the valley are sensible enough to understand that the change of state government in the state can be made through peaceful means and in a democratic manner. “They understand that change of government in the state is enshrined in the Constitution of Jammu & Kashmir through a democratic system, which can be done by the people by exercising franchise on the strength of the ballot after every six years.