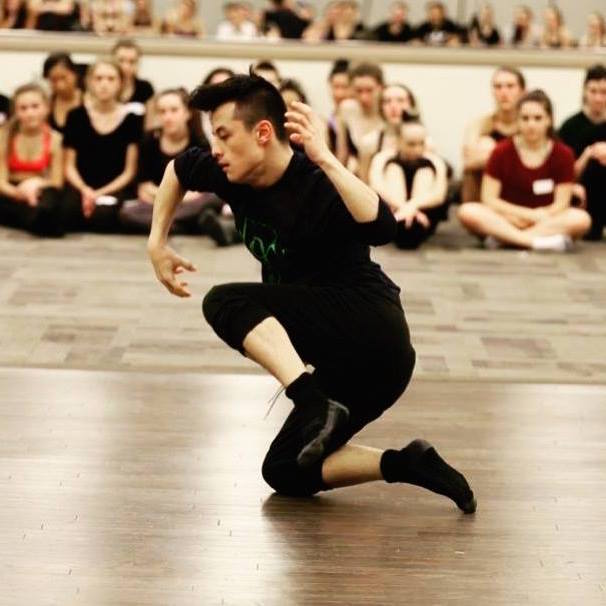 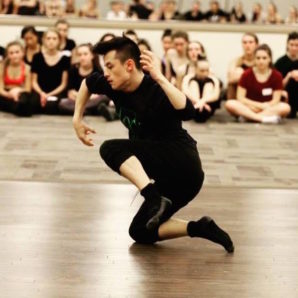 As anyone working in the arts and entertainment industries will tell you, it’s good to have options. Dancers, in particular can and must move easily between dance genres in order to have options and opportunities open to them in the contemporary dance world. What allows a young dance professional to truly excel is the unique ability to adapt, both physically and mentally, to the wildly diverse requirements of a variety of dance projects, be they artistic, commercial, or anywhere in between.

With great command of body and intellect, Keanu Uchida, a Toronto-based dancer originally from Ottawa, Ontario has distinguished himself as an emerging talent with many intriguing possibilities ahead.

“Keanu is so versatile and so smart he can literally do anything,” says well-known choreographer and Season One winner of So You Think You Can Dance, Nick Lazzarini. “You never want to be limited by the dancers in the room with you and, with him, there are no limits to his brilliance. He is a true artist, not just a dancer.”

As a teenager, Uchida proved one to watch on the dance competition circuit. He was named Teen Male Best Dancer, competing with regional champions across North America at American Dance Awards (ADA) in 2011. Then, in 2014, he was awarded the title of Senior Male Best Dancer at The Dance Awards, an acclaimed dance event that serves as the international competition for JUMP, NUVO and 24/7 Dance Conventions and features on their faculty highly-recognized choreographers like Travis Wall, Mandy Moore, Mia Michaels and many more. He was also one of only a small number of applicants chosen to participate in The Julliard School’s elite summer intensive program in 2013.

Uchida’s path in dance began primarily because his parents, both fitness instructors, wanted their sons to be physically active. Uchida was enrolled in classes at age four because his older brother, Akira, who now works as a choreographer and dancer in Toronto, enjoyed and excelled at it. At age 12, he began training at Leeming Danceworks in Orleans, Ontario with Jessica Shaw.

“It has been incredible to watch his evolution as an artist,” says Shaw of Uchida. “He has discovered his own style of movement–a quality that is uniquely Keanu. I can pick him out even in videos without being able to recognize his face.”

The gradual realization that dance would always be part of his life has driven Uchida’s pursuit of professional opportunities.

“[Dance] has always offered a safe headspace, an escape from reality, or what I perceive to be real for that matter,” he explains. “Wherever life takes me, I will always turn my gaze to dance and to what it offers me.”

Last spring, Uchida played a vital role in the workshop process of the new Toronto original production Dancer. Mounted by Cats producers, Marlene Smith and John Mckellar, this musical features some of Canada’s most talented contemporary dancers and is choreographed by internationally recognized artist, Stacey Tookey. Cast as Northern Dancer, the production’s lead, Uchida will join the cast in its debut at Toronto’s Elgin Theatre in 2017.

“He is one of those dancers you can ask to do things which seem impossible and somehow he makes them work. His abilities are amazing,” she says.

Beyond his physical capabilities, Cratchley also mentions that Uchida is remarkable as a performer, able to bring an audience member into his world and enthrall with even the smallest gestures. Kozaris agrees.

“Keanu possesses an endearing performance quality that captivates an audience from start to finish,” remarks Kozaris. “He has the strength to make you feel a wide array of emotion simultaneously.”

Uchida’s accomplishments don’t end with dance performance, however. He’s also a talented percussionist, a skill that has served his dancing well. Shaw believes Uchida’s musicality is the first thing most people notice about his dancing.

“He hears details in music that most people don’t even notice,” she explains. “This really impacts the way he interprets choreography and sets his own movement.”

Uchida agrees that the study of music has enhanced his sense of musicality and rhythm. He also feels it has increased his appreciation and knowledge for different kinds of music, something he takes with him into the dance studio whether he is rehearsing or creating his own choreography. 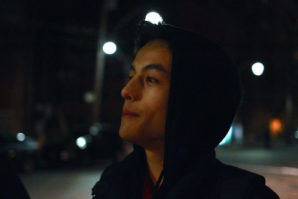 Combining his passions in music and dance has been a hallmark of Uchida’s dance work even as a competitive dancer. Shaw says she will never forget the first time he choreographed his own solo for competition, a piece for which Uchida also composed and played all the instruments in the musical accompaniment.

“Nobody saw it before he hit the stage because it wasn’t done yet. I sat there for three minutes enraptured in what was happening on the stage. He was the music,” she recalls.

Interestingly, Uchida also brings to dance a greater-than-average understanding of Newton’s Laws, which of course govern the physical act of dancing. That’s because he is also a scientist, pursuing an undergraduate degree in physics at University of Toronto. Uchida cites intersections of art and science like artsCERN and a recent NASA/Apple Music collaboration as projects that will change the world and is inspired by artists whose work reaches beyond the usual arts and entertainment circles. One day he hopes his dance career will provide opportunities for such a crossroads of initiatives.

In the meantime, his understanding of physical law certainly seems to allow Uchida to take risks and make smart choices with his movement, characteristics that Lazzarini says stand out in Uchida’s dancing.

“He never looks like anyone else in the room, and is always pushing himself to be better and more creative than he was before,” says Lazzarini.

If the contrasting fascinations of creative performance and scientific methodology at first seem surprising, Uchida is quick to point out the similarities in his typical, thoughtful and insightful manner.

“The scientist and the artist share a lot in common,” he observes. “They are both explorers of existence, eager to dive into innovation, be it personal or technological development.”

As he explores and establishes where his burgeoning career in dance will lead, Uchida is drawn to the diversity of experience a life in dance provides. When asked, he reflects that the most beautiful part about the way dancing makes him feel is that it is a different feeling every time. Where will his career take him next?

“So far I’m just taking it one step at a time, always weighing the opportunities that come up with which direction I may want to be headed,” says Uchida.

Keanu Uchida has a world of options in front of him and this dancer is really just getting warmed up.